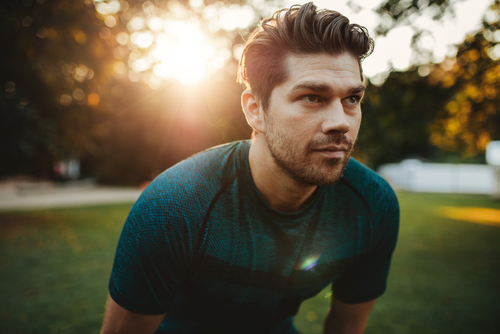 Latter-day Saint Psychologist: Changing Your View of Failure Will Increase Your Happiness

Recently, I was reminded of the struggles we all face when trying to complete tasks that seem too great for our abilities. In the musical Dear Evan Hansen, a wonderful song entitled “So Big, So Small” tells the story of a single mother and her feelings of inadequacy about having to raise her son alone. As she reflects on her efforts, she sings, “I knew there would be moments that I’d miss, and I knew there would be space I couldn’t fill, and I knew I’d come up short a billion different ways; and I did, and I do, and I will.”

When I first heard that song, the final section of that lyric really resonated with me. “Coming up short a billion different ways” felt familiar. I have failed so many times I cannot count them. Those failures include past mistakes, present shortcomings, and the certainty of future missteps. It can be overwhelming to consider. Ruminating on my failures has never been productive, yet it seems unavoidable at times. Failure affects us all on a regular basis. Parents experience it; children experience it. It touches the strong and weak. Perhaps most frustrating is when we truly try our best and still fail. It seems like everyone has asked these questions, crying out in frustration: “Why is life so difficult? Why do I fail so often? Why can’t I achieve success even when I try as hard as I can?”

As a psychologist, I work with many, many people who have let failure get the best of them. So many are depressed and disheartened due to consistent and enduring feelings of not being good enough. Depression can become an all-consuming emotion that begins to color our overall experience. As we become more depressed, our perception of failure becomes more acute, and things that may not have previously bothered us become huge weights that impact our ability to move forward. It is a downward spiral that leaves many without hope; however, I have learned two crucial lessons about failure through my own experiences and by helping others that have helped me personally and have helped my clients deal with frustration, reduce depression, and increase happiness:

One of the biggest problems with failure is we tend to personalize it. Have you ever said to yourself, “I’m a failure”? If you have, you are in good company. It is a very common sentiment, especially among members of the Church. We are invited to live such a high standard that it is literally impossible to live without periodic or even frequent failure. The problem with seeing your failures as who you are rather than as something you did, however, is that there’s no room for progression or happiness. Consider the difference between the statements “I am a failure” and “today I failed.” The first connotes a sense of permanence, while the second suggests a measure of hope. If you believe you are an overall failure today, then why would tomorrow be any different? This type of belief tends to cast a broad shadow over life and leads to feelings of despair. However, the second statement “today I failed” acknowledges your present shortcomings, but leaves optimism that tomorrow can be different.

In reality, the statements “I am a failure” and “I am a success” are equally inaccurate. No one can truly claim they are successful in everything they do. Even the best and brightest among us experience failure. A more accurate statement is “today I failed more than I succeeded,” or “today I succeeded more than I failed.” Over weeks, months and years we create a pattern of experiences that begins to color our lives. Some would argue, “What’s the difference between being a failure and simply having failed more often than not for a very long time? The effect is the same.” I would argue to the contrary. While the day-to-day outcome in that person’s life might be the same, the accompanying attitude is very different. When we lose hope we also start to lose the belief we can change. To believe we can no longer change is simply untrue.

Both positive and negative outlooks are developed in the exact same way. The prophet Alma figured this out long before psychologists developed opinions on the subject. Alma counseled his son Helaman, stating, “by small and simple things are great things brought to pass” (Alma 37:6). If you focus on the negative from moment to moment, those “small and simple thoughts” will eventually become “large and complex patterns” that will significantly influence your attitude and behavior. Some may find themselves already mired in such problematic patterns that fuel depression and despair. The good news is that you can break out of such patterns using Alma’s advice. If you try to focus on something positive, even for a moment, this will make a difference. If you view your failures as temporary, with a resolve to try to improve the next day, this can be the start of a new pattern. We win the battle against negativity one thought at a time. Did you fail more than you succeeded today? Perhaps so. Will you fail more than you succeed tomorrow? Who knows? Don’t write tomorrow’s ending before the sun sets on today. Failure is temporary. Acknowledge your missteps, celebrate your achievements, and always strive to do better.

Pride is a universal problem. It keeps us from progressing spiritually. For whatever reason, when we encounter success, we tend to quickly forget that God is the source of all of our progress. Failure becomes a natural check against pride. It can lead us towards humility, which encourages obedience, which yields heavenly blessings and protection. Unfortunately, there are many who believe failure is unacceptable. I heard that some local elementary schools banned any recess activities where competition is involved because administrators were concerned that if a random soccer game breaks out, that could lead to a “winner” and a “loser.” They didn’t want anyone to lose, so their solution was to eliminate the very possibility of loss or failure.

I know these administrators meant well, but I believe their intentions are misguided. Imagine a world with no failure, where everyone always succeeded and never tasted the bitter. Doesn’t that remind you of a certain desire that was infamously presented in the grand council of heaven? Wasn’t Lucifer’s idea for carrying out Heavenly Father’s plan of happiness designed with the premise we would not fail? His ineffective plan was summarily rejected, and those who followed him have experienced nothing but misery ever since.

Our Father in Heaven permits Satan to roam the earth, tempting all of us every day and giving us opportunities to learn from failure. We yield to these temptations, either great or small, on a regular basis. Sometimes I have days when I feel very successful. When I kneel to pray at the end of such days, I admit that my prayers sometimes lack intensity. However, on the days when I have failed to resist Satan’s temptations, my prayers are much different. I collapse in frustration and sincerely plead for help, forgiveness, and strength. Those prayers are more effective and help me grow closer to my Heavenly Father. Those prayers are not fueled by my successes; they are fueled by my failures.

When Ammon and his missionary companions went to preach the gospel to the Lamanites, they were faced with an extremely daunting task: The Lamanites were hostile and unreceptive. We know of the miracles experienced by these missionaries; however, we often gloss over the fact that such miracles only came after much work and suffering. In describing their missionary experiences, Ammon related, “Now when our hearts were depressed, and we were about to turn back, behold, the Lord comforted us, and said: Go amongst thy brethren, the Lamanites, and bear with patience thine afflictions, and I will give unto you success” (Alma 26:27). In this instance, I think the Lord’s timing was critical. It doesn’t say “after our first failure” or “when our motivation was at 50 percent”; it says they were depressed and “about to turn back.” In other words, they were completely spent. They had exhausted their faith and strength. They had worked hard, day after day, and experienced failure after failure. They were depressed and downtrodden. It was then that the Lord intervened, buoyed them up, and promised them better days ahead. Those better days were realized and proved to be some of the greatest experiences these missionaries ever had. You will have similar experiences in your life. While you will enjoy success more than failure, you will learn and grow more from failure than from any degree of success. Failure helps you become the person your Heavenly Father wants you to be. Failure is important.

Remember, the reason failure is both temporary and important is because of the Atonement of Jesus Christ. Failure would be a grave threat without the promise of forgiveness and change. Yet because of the Savior’s atoning sacrifice, all loss, tragedy, misbehavior, and heartache can be consecrated for our growth and happiness. After forecasting a list of increasingly terrible outcomes that might befall the prophet Joseph Smith, the Lord counseled him that “all these things shall give thee experience, and shall be for thy good” (D&C 122:7). The only way failure can lead to success is through the mercies of our magnificent Savior. What an amazing gift He has given!

Don’t fear failure. See it as a learning process provided to you by our kind and loving Father in Heaven. See it as an opportunity to experience the sweet process of change and growth that comes through repentance and sanctification. Try to do your best every day. Gratefully rejoice in your successes and humbly learn from your failures. Greater hope and happiness await you.

Makes You Think Learning Failure Happiness AtonementLearning,Failure,Happiness,Atonement,Makes You Think
Comments and feedback can be sent to feedback@ldsliving.com