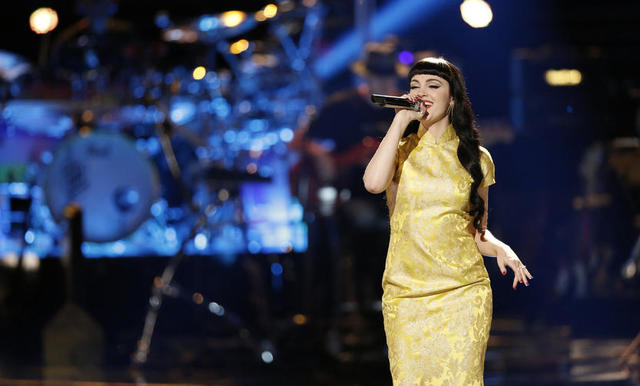 The 18-year-old indie singer Belle Jewel from Provo, Utah, competed on Monday night in the live playoffs of The Voice. Vying for a spot in the final 12, Belle sang her heart out to Del Shannon's "Runaway," managing to both make it her own and impress her judge, Miley Cyrus.

"I've never gotten to dig in that kind of library, in that genre, and play with these kinds of songs," Miley told Belle on The Voice. Miley commended her for the way that she performed "Runaway" and for her openness to the arrangement. "It was so yourself," she said.

Initially, Belle was on Team Alicia Keys, but Miley stole her in the knockout round. However, when it came down to Miley choosing one of her three remaining team members to move on to the top 12, she opted for another singer, and Belle was eliminated.

► You'll also like: Alicia Keys Praises LDS Singer Who Won Battle Round on The Voice

Belle took to social media after the show to express her gratitude and positivity for the future.

This show is the best thing that has happened to me so far. i am SO grateful for all of this!!!! so so so grateful! @NBCTheVoice — belle (@bellejewelmusic) November 8, 2016