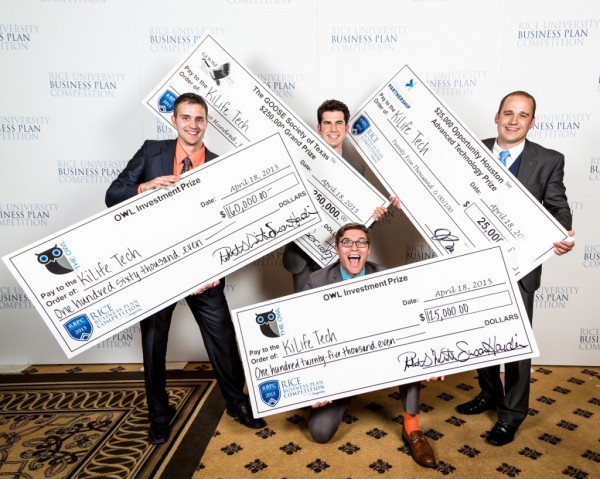 Besides cash, prizes included hundreds of thousands of dollars in investment funds, services such as business plan software and website development, and the chance to ring the NASDAQ stock market closing bell in New York later this year.

Selected by 275 judges from the investment sector, KiLife beat out 41 other competitors from some of the world’s top universities. KiLife’s winnings totaled the second-most ever awarded by Rice University to a grand prize winner and the most ever earned in a competition by a BYU startup.

This year’s competitors were the most diverse in the history of the competition. The teams were chosen from more than 400 applicants to compete in four categories: life sciences; information technology/Web/mobile; energy/clean technology/sustainability; and other. Each team made its case in 15-minute investment pitches and a 60-second pitch on the first night of the competition.