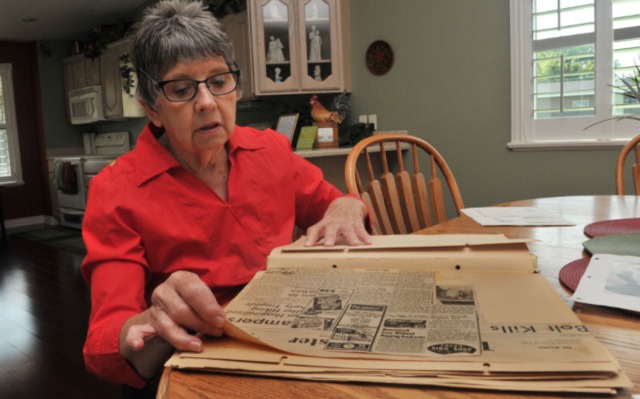 Sixty-four years ago, Karma Lambert was on a hike with her friends when it started raining. When they rushed under a tree to eat lunch, something horrible and unexpected happened.

On Aug. 1, 1951, four girls and their youth leader were killed when lightning struck a tree during their church camp outing near Driggs.

Sixty-four years later, one survivor of the group, who had gathered for a picnic lunch under a balsam pine tree, took her children and grandchildren on a trek back to the spot to see the memorial plaque she helped erect a month after the tragedy.

“It was very emotional to think about what was lost and all that could have been,” Karma (Rasband) Lambert said. “I had my family with me the day I returned, and I thought about those girls who never had a chance to have a family."

Read the rest of this story at magicvalley.com

Mormon Life Lightning LdsLightning,Lds,Mormon Life
Comments and feedback can be sent to feedback@ldsliving.com