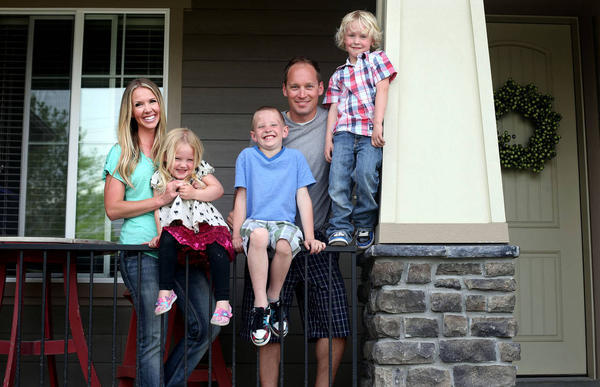 The last we heard of Neleh Dennis she was coping with her new-found fame as the runner-up on a “Survivor” reality TV show and starting a TV career.

Are you sitting down? That was 12 years ago.

She’s all grown up. Neleh Dennis is now Neleh Nielson. When all the post-"Survivor" fuss died down, she got on with the rest of her life. She got married. She bore three children. She returned to cosmetology school.

She is a full-time mom, which is what she had said she would do all along, to laughter.

“Life has been good,” she says.

In the family garage there is the torch she used on the show, an important piece of symbolism on “Survivor.” In the home office, there is a fish aquarium that contains a troca shell, which she hunted for food to survive in the South Pacific. In the family room there is a scrapbook filled with photos taken of her on Nuku Hiva, the largest of the Marquesas Islands where she and her fellow survivors lived for 39 days.