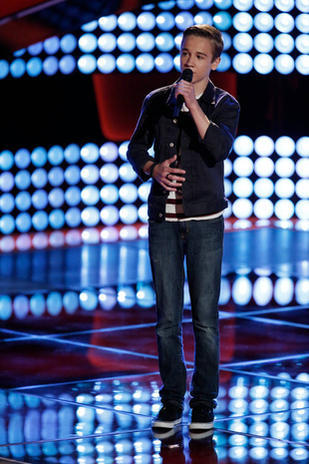 LDS Teenager Makes the Cut on 'The Voice', Shares Faith

Tanner Linford, a 17-year-old student at Davis High School, is living proof of his own advice: “If, at first, you don’t succeed… keep trying.”

When he didn’t make the cut on NBC’s "The Voice" in his first attempt during a previous season, Linford took the judges’ advice, polished his act and came back to try again. This time, country music singer and coach Blake Shelton selected Linford as part of his team just as the Kaysville teen sang his final notes. That moment officially set his dreams into motion.