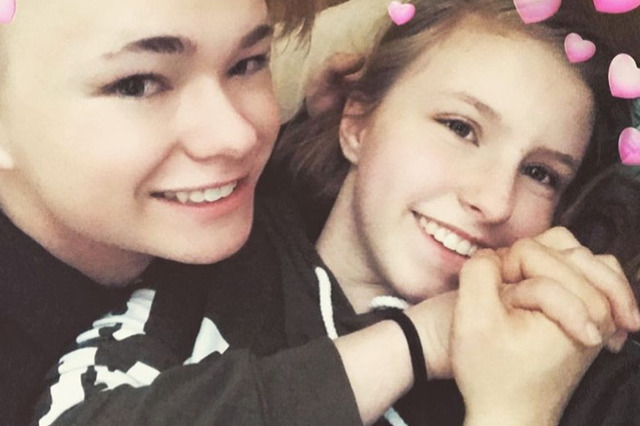 Two LDS teenagers, Carson Glen Koch and Brayden Eaton, were traveling home from a Koch family vacation together on Saturday, April 7, when their car veered off the road and rolled on I-15 between Mesquite, Nevada, and Saint George, Utah. "Both of them were instantly killed. It is a tragedy beyond words," a GoFundMe created by the Koch family states.

Carson and Brayden were both juniors at Hillcrest High School and had been dating for 16 months before the accident. Carson's parents were driving ahead of Carson and Brayden when the crash occurred, and the two learned about the accident when a police officer contacted Carson's mother, Jody Koch. “We didn’t know what to do; we just pulled the car over right after the call,” Koch told Saint George News.

Brayden's mother had died only a week before the accident from liver failure, according to the GoFundMe. Brayden lived with her grandmother and little sister, and Jody Koch told Saint George News Brayden's grandmother "is still overwhelmed with first her daughter’s death, and now her granddaughter."

Both Carson and Brayden were good students, and Carson was an Eagle Scout while Eaton worked full-time at a restaurant to help her family financially while her mother struggled with her terminal illness.

A day after the accident, Jody Koch posted on Facebook, "There are no words for losing a child. My baby Carson has gone home to his Heavenly Father. My heart is broken into a million pieces. I am thankful beyond words that I know Families Are Forever and I will see him again. So many people want to know what they can do to help. If you don’t mind too much, please comment your favorite memories of Carson below. Thank you."

Prayers and memories began pouring in:

"He only saw the positives in you when everyone else only saw the negatives. I am so grateful to have been your son's friend, and he was a blessing in all of our lives."

"I will miss his infectious smile and laughter."

"Carson in 7th grade kept sticking pencils down my cast to make sure my itch was gone. It took us forever to get the pencils out, but it was so much fun."

"I’m going to miss them both so much! They were amazing kids and I am so lucky to have gotten to know and spend time with them these past few years. . . . Anyone who knew either of them are better for it. Rest In Peace and Fly high."

A joint funeral is scheduled for Carson and Brayden this Saturday, April 14.