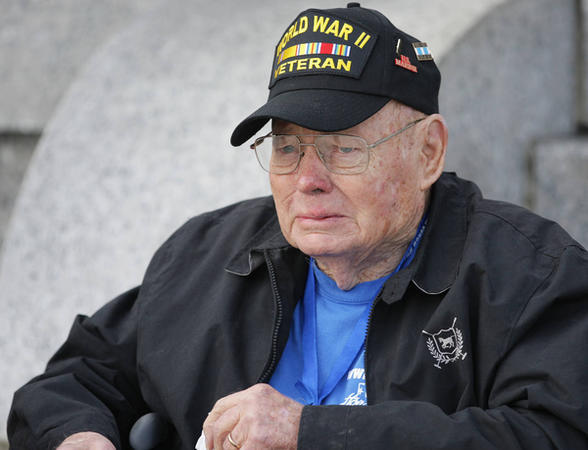 Seeing the World War II Memorial took Kay Smith back to a harrowing experience in a Japanese rice paddy that he'd all but erased from his mind.

Sitting in the shadow of the monument's Pacific pavilion, the St. George man recalled walking through the field with a buddy under heavy shelling and machine gun fire during the invasion of Okinawa.

Smith made it through the bombed-out ground, though he said he doesn’t know how. As he turned around for his buddy, he saw him down in the center of the rice paddy. Without thinking, the 18-year-old Army private first class went back for the wounded soldier and dragged him to safety.

"I don't know why I did it. When I got out, I realized what I'd done and fell on my face in the mud I was so scared," he said.