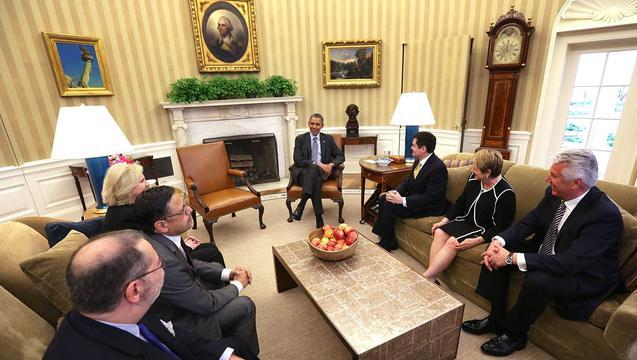 This week, famed LDS college hoops player Jabari Parker told ESPN that he would not be serving a two-year mission. And also this week, he announced that he would be entering the NBA draft and potentially passing up the chance to finish out his three years of eligibility at Duke.

We're sure that these decisions were not made lightly, and with the benefit of fasting and prayer. We wish Parker the best in his future endeavors and in the draft, and hope he will continue to be a missionary through his example.

-->Read more about Jabari's mission decision and his NBA decision.

Power Parenting in the LDS Home: 5 Mistakes to Avoid

Approximately 500 active LDS members nationwide were surveyed and asked this question: What mistakes do you feel your parents made when you were growing up in their home?

LDS family specialist, Dr. Randal A. Wright, analyzed the results to teach LDS parents about some common mistakes they may be making in their homes. Such mistakes include a failure to establish a home environment that reflects the gospel, a failure to be at the crossroads of children’s lives, and allowing children to associate too closely with friends who do not share their same standards.

-->Read more about all 5 mistakes

This week, US President Barack Obama met with leaders from several faiths to discuss immigration policy. Among the attendees representing the Church was President Dieter F. Uchtsorf of the First Presidency.

Following the meeting, President Uchtdorf reaffirmed the Church's stance on immigration, stating, that public officials should create and administer laws that reflect the best of our aspirations as a just and caring society, including not only immigration but securing religious freedom and liberties around the globe.

“Such laws will properly balance love for neighbors, family cohesion and the observance of just and enforceable laws,” he said.

-->Read more about the meeting and the Church's stance

10 Funeral Potatoes Recipes to Die For

With Easter just a day away, our minds have been on the delicious feast many Mormons in the US will celebrate with--in particular, the cheesy, delicious, heavenly goodness that are "funeral potatoes." And we're here to tell you, not all recipes are created equal.

Check out these ten delicious funeral potatoes recipes we'd gladly die ourselves to have the chance to eat--and be on the lookout for a recipe contest based on this American Mormon staple in the near future!

-->Read all the details from this new study