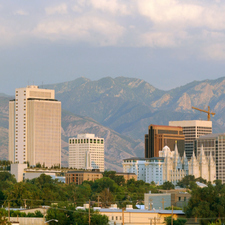 In a “friend of the court” brief, The Church of Jesus Christ of Latter-day Saints joined a number of other religions to ask the US Supreme Court to rule against same-sex marriage becoming legal nationwide.

The LDS Church filed an amicus brief alongside faiths such as the Southern Baptist Convention, the Lutheran Church-Missouri Synod, the National Association of Evangelicals, the Free Methodist Church – USA, and the International Pentecostal Holiness Church in urging the court to uphold a traditional definition of marriage.

-->Click here to see full story behind the Church's brief

A few weeks ago, the state of Utah passed two bills that simultaneously protect religious freedom and ban discrimination against LGBT people in the areas of housing and employment. “Fairness for all” was the call around which all parties rallied. This compromise demonstrated that opposing viewpoints can come together to achieve agreeable ends. While the specifics of the Utah law may not translate into every locality around the country, it was the approach that was significant.  The Utah Legislature demonstrated that the tension between religious freedom and gay rights does not have to be a battle in which the victor takes all and the defeated get nothing. Instead, we can live together with our deepest differences.

So why would The Church of Jesus Christ of Latter-day Saints support LGBT rights in housing and employment on the grounds of fairness for all but oppose same-sex marriage?

-->Learn the answer to this question

If you know someone who has same-sex attraction and you want to help and support them at church, check out the story below.

-->Find out 4 Ways to Support Gay Members at Church here

The First Presidency of The Church of Jesus Christ of Latter-day Saints has invited the public to see inside the faith’s newest temple in Argentina.

A free public open house for the Córdoba Argentina Temple will begin on Friday, April 17, and go through Saturday, May 2, 2015, and run every day except Sundays, April 19 and 26.

Once the open house has concluded, the temple will be formally dedicated on Sunday, May 17, in three sessions.

7 Mistakes LDS Parents Make and How to Avoid Them

Over the years as a family counselor, priesthood leader, and parent, I have noticed several key mistakes that many contemporary parents consistently make. If we want to drastically improve the effectiveness of our missionary force and help our children be better prepared for the real world of “adulthood,” we must be willing to learn from these mistakes and make course corrections.

Not teaching your children how to work effectively.

Even though most parents understand how important the concept of “work” is, very few parents today are willing to teach their children how to work. Ask any mission president and they will tell you: The most successful missionaries are those who have learned how to work. Most parents understand that if their children are going to become successful adults, a strong work ethic is vital to their future achievements.

Solution: Parents should spend time working beside their children. Make work fun. Wonderful family discussions and memories can be made as families weed flower beds together, paint rooms, and clean their homes. Children should have chores to do each day, and when they become older, they should secure summer and part-time jobs.

-->Learn about the other 6 mistakes and how to avoid them.

The Titanic: 6 Missionaries Who Missed Their Voyage + 5 More LDS Connections

This past week was the 103rd anniversary of the sinking of the Titanic. In honor of this occasion, LDS Living found some interesting connections between Mormons and the Titanic.

Alma Sonne and his companion, Fred Dahle, were heading home along with four other elders—George B. Chambers, Willard Richards, John R. Sayer, and L. J. Shurtliff—after completing their mission in England. But when the time came to meet in Southampton, Elder Dahle was delayed. Elder Sonne, who had convinced Elder Dahle to serve a mission in the first place and had booked their passage on the Titanic, decided they should not leave anyone behind. Instead, he canceled the reservations so they could depart the next day, when Elder Dahle would arrive.

While a few of the elders were disappointed they would not be able to travel home on the Titanic, they thanked God after they discovered what their outcome would have been. “You saved my life,” Elder Sonne told Elder Dahle. “No,” he replied. “By getting me on this mission, you saved my life.”

Alma Sonne later served as a stake president and an assistant to the Quorum of the Twelve Apostles.

Joseph Smith once said, “…You don’t know me; you never knew my heart,” and I wonder if deep down, many of the apostles get frustrated with their inability to know, serve, and testify to each to us individually. I wonder if it pains them when their heart is about to burst and they can’t articulate their feelings adequately.

The only apostle I’ve ever been at arms length from was Jeffrey R. Holland. He rolled up in a modest Toyota vehicle at a ward in the Wasatch mountains and seemed to be in a huge hurry. (He was probably presiding at the upcoming meeting).

We were walking right at each other and then turned to the front door of the church. I recognized him but said nothing. I was a brand-new dad and was carrying my daughter in her “carrying case” off to the side of my leg. There was really no one else around. I perceived that he really needed to get going and saw him hustle to the front of the door. I thought he might have just kept on going as one might do when they’re in a hurry.

Do you have any personal stories with the apostles? Let us know in the comments or email us at editor@ldsliving.com!