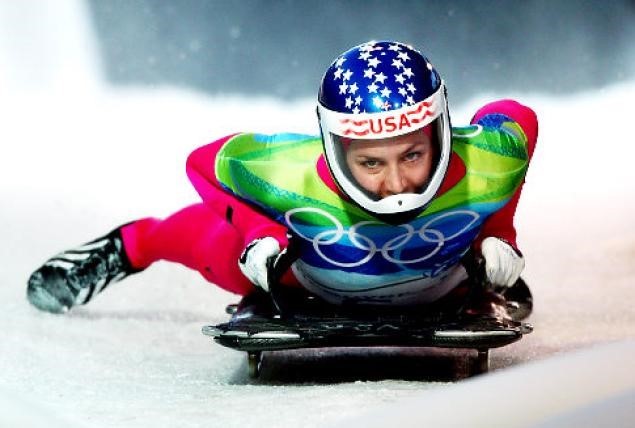 LDS Olympian Noelle Pikus Pace will tear up the skeleton track in Sochi as she takes her last chance for gold. Photo from Pampers / Getty Images

Find out when and where you can watch these amazing LDS athletes and be sure to cheer! If you can't see them compete, you can always check back for updates on how they're doing throughout the games.

There were a lot of exciting temple updates this week!

1. Official photos of the new Gilbert Arizona Temple were released on Mormon Newsroom. The best word for the gallery is "stunning."
2. The Ogden Utah Temple finally has an approximate completion estimate, set for fall of this year. Open house preparations and scheduling are expected to begin soon with dates announced in the next few months.
3. One of our favorite temples, the Rome Italy Temple, had the scaffolding removed from its sides to reveal some very appropriate and beautiful column details on its sides. Check out this picture:

The Church has released an official article explaining how stories and peoples the Book of Mormon relate to different DNA studies. About the reasoning behind the article, the Church says:

"Although the primary purpose of the Book of Mormon is more spiritual than historical, some people have wondered whether the migrations it describes are compatible with scientific studies of ancient America. The discussion has centered on the field of population genetics and developments in DNA science. Some have contended that the migrations mentioned in the Book of Mormon did not occur because the majority of DNA identified to date in modern native peoples most closely resembles that of eastern Asian populations."

Still, the article explores and answers a lot of great questions--definitely a must-read.

10 Questions to Ask Before You Tie the Knot

Before you tie the knot--not just for time, but also for eternity--you want to be sure you're in for marital bliss. And while learning to live with a second person will always cause some conflict, there are some very important things you need to know.

Does your sweetie make you laugh? Do you want to become more like him or her? How do you each deal with stress?

February is the month of love, and to celebrate, we asked our readers to share their proposal stories with us--the good, the bad, and the ugly. Enjoy this selection of some of our favorites. Everything from taped rings to reenactments of some cute chic flicks, these proposal stories will leave you stunned--for better and for worse.