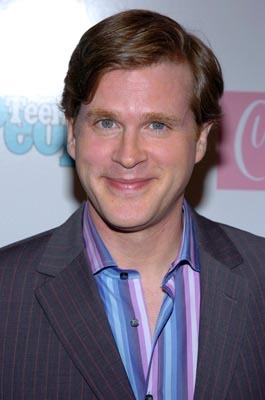 Tragedy struck this week for a pair of sibling missionaries: while they were serving in the mission field, their family at home, a mother, father, and two brothers, perished from overexposure to carbon monoxide gas (CO poisoning kills about 150 Americans every year). Both missionaries were given leave from the church to come home--love and concern continues to pour in for the two missionaries. Prayers are especially appreciated as this family continues to deal with this difficult trial.

BYUtv's hit family drama series Granite Flats is poised to take some interesting turns in its second season. The first hints of what's in store for fans came this week with the announcement that the show will feature "story arcs" with two well-known and beloved actors: Cary Elwes (Wesley in The Princess Bride) and Christopher Lloyd (Doc Brown in Back to the Future).

The first episode of Granite Flats, season 2, is scheduled to air on BYUtv April 6th.

A Mormon Is Writing the Next Star Trek Movie?

You heard that right. Faithful LDS member and trekkie JD Payne, along with two co-writers, will be taking point in writing Star Trek III. How did a Mormon end up writing for such a hot Hollywood franchise? “It started when I was in Kindergarten, really,” he says. Payne's love of writing carried him through junior high and high school (where he met his long-term cowriter), and even through a mission and college. After setting out for California with no plans and high hopes, his hard work and perseverance have landed him the career opportunity of a lifetime.

So what’s in store for Star Trek fans? “I can’t really talk about much of what it is,” laughs Payne, though he did share, “At its core, Star Trek has always been about adventure, exploration and wonder, with an optimistic sense of the future, and all its possibilities. It’s a massive playground; we’re so excited to be diving in on it.”

Read his full profile and catch more hints about what he's working on.

From skeleton to bobsled, Mormon Olympians from several countries made a strong showing in their respective events at the 2014 Winter Olympics. Three of these incredible athletes even walked out of their Olympic experience with a medal:

Torah Bright won the silver medal in the women's halfpipe.

Christ Fogt won the bronze medal in the bobsled.

Noelle Pikus-Pace won the silver medal in the women's skeleton.

Click here for updates on the rest of the ten Mormon Olympians who competed in Sochi.

This week Deseret News put together a couple articles on Mormons who have been on reality televisions shows. In the last 14 years, more than 80 members of the church have made appearances on shows from "American Idol" to "The Biggest Loser" and a variety of smaller shows in between. Whether these Mormon television stars have won or not, they have done a pretty good job of spreading their testimonies and the gospel along their way.