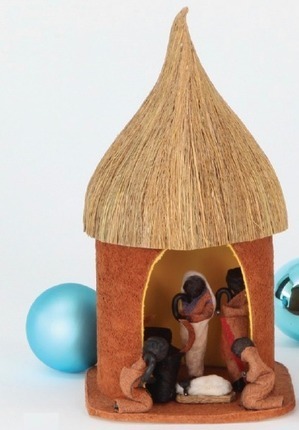 9 Things People Get Wrong about Mormons

And that’s when I realized: my classmate thought being Mormon was the same as being Amish.

But that wasn’t the last time I’d hear something strange one of my classmates, coworkers, or even close friends who had an odd idea about what it meant to be Mormon.

Life After Death: 6 Insights into the Spirit World

Recently I read a statement in a book published by Yale University that confirms the distinct nature of our beliefs. Said authors Colleen McDannell and Bernhard Lang:

“There has been . . . no alteration of the LDS understanding of the afterlife since its articulation by Joseph Smith. If anything, the Latter-day Saints in the twentieth century have become even bolder in their assertion of the importance of their heavenly theology. . . . In the light of what they perceive as a Christian world which has given up belief in heaven, many Latter-day Saints feel even more of a responsibility to define the meaning of death and eternal life” (Heaven: A History, New Haven: Yale University Press, 1988, 312–13).

Here are just a few of these profound principles about the after-life that are unique to the LDS Church.

The Spirit World Is Right Here on Earth

In Joseph Smith’s visit to the Johnson farm mentioned earlier, he told Benjamin F. Johnson, “From a boy I have been persecuted  . . . Why should I not wish for my time of rest?” And then he said, “I would not be far away from you, and if on the other side of the veil I would still be working with you, and with a power greatly increased, to roll on this kingdom.”

-->Read more about the nature of the Spirit World

Why I Kept Dating Someone with a Pornography Problem

Last year, I dated someone who alluded to me that he used to have a problem with pornography. We’ll call him Guy #1. (He was the first guy to tell me, but he wouldn’t be the last.) I could see the effects of the pornography seeping into the way he treated me. He really adored me, but his brain had been tainted by the years of pornography use. And I understood from the few conversations we had about it that it was a battle that he was still struggling with to some degree.

He was never extremely open about his problem, and I had no idea where he stood with the Lord and his testimony. This made me afraid to be open and vulnerable with him, and I never truly trusted him. I wanted things to work out between us, but no matter how much I tried, the thought always came to me, “You should break up with him.”

-->Find out what happened next

10 Unique Nativity Sets for Your Home

This Nativity made with African bark cloth will make a unique addition to your Christmas decorations. Handcrafted by artisans of the Kanzi group in East Africa.

Should You Tell Your Kids About Past Sins?

We’ve all done things in our lives that we aren’t proud of. But as kids get older and face increasingly difficult situations, it’s only natural that they’ll want to know how their parents handled similar temptations.

Unfortunately, we can't always tell them we did the right thing--no one is perfect, after all. If your kids haven't asked questions yet, there's a good chance they will someday, so here are a few things to think about before you decide how much you want to share about past sins.

A 6-year-old probably won't be able to comprehend the temptations of physical intimacy or substance abuse. He will, however, understand the desire to lie or to take something that doesn't belong to him. A teenager, on the other hand, will be able to relate to additional struggles.