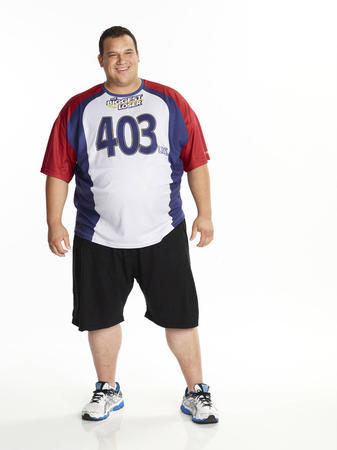 This Tuesday, The Church of Jesus Christ of Latter-day Saints was a question category on the popular gameshow Jeopardy!

"Producers for Jeopardy! approached us in July of this year about wanting to use the Church as a category during their 30th season," Ruth Todd of LDS Public Affairs told the Deseret News. Impressively, the contestants answered all the questions correctly. (Click here to read the full story or watch a clip from the show below.)

An enormous 7.2 earthquake rocked the islands of the Philippines this week (for those of you counting, that's larger than the now well-known quake that devastated Haiti in 2010). All of the missionaries serving in the 20 missions in the Philippines survived the quake, which was described by a Filipino seismologist as releasing more than 32 Hiroshima bombs worth of energy. Needless to say, many missionaries' parents and families are really relieved that their loved ones are safe.

"All missionaries of the church serving in this region are safe and accounted for," according to a statement released by The Church of Jesus Christ of Latter-day Saints. But even the Cebu City Philippines Temple didn't escape unscathed: the statue of the angel Moroni turned 90 degrees and now faces south intead of east.

You can read some of the firsthand accounts of missionaries who survived the quake. Their testimonies prove that the Lord was truly watching over them.

Hap Holmstead, a 26-year-old returned missionary and father of three, is competing on the 15th season of NBC's hit TV show The Biggest Loser: Second Chances. (Watch him explain his motivation for joining the show in the video below.)

Holmstead was safe from elimination the first week of the show, losing 17 pounds. His starting weight was 403 (as reflected on his shirt in the photo from NBC above), and as of this week's show, he weighs in at 386. The winning contestant gets $250,000.

Several Mormons have competed on The Biggest Loser in past seasons, including Denise Hill, Moses Kinikini, Rulon Gardner, and Koli Palu.

4. LDS Man Portrayed in the New Captain Phillips Movie (Based on the True Story of a Merchant Ship Attacked by Somali Pirates in 2009)

The harrowing story is now being portrayed on the big screen in the new movie Captain Phillips, starring Tom Hanks. Actor David Warshofsky plays Perry in the film.

As reported by the Tampa Tribune, Perry risked his life by subduing one of the pirates and helping disarm him. That pirate was eventually used as a bargaining chip by the ship's captain, Richard Phillips, who was captured along with another crewmember in the first minutes of the attack.

Perry told the newspaper, “I didn't pattern myself after Chuck Norris or Jackie Chan,” referring to his actions on the ship. “The only thing that got me ready for this was the gospel of Jesus Christ.”

A team from the amphibious assault ship USS Boxer tows the lifeboat from the Maersk Alabama to be processed for evidence after the rescue of Capt. Richard Phillips, who was held captive by suspected Somali pirates in the Indian Ocean in 2009. Photo from U.S. Navy.

As a paid consultant on the movie, Mike Perry says he is not allowed to talk about the film’s depiction of Captain Richard Phillips (inset right), as portrayed by actor Tom Hanks (inset left), offering to give himself up to save his crew. Tampa Tribune, Associated Press file photos.

Watch the official movie trailer for Captain Phillips below.

With Halloween approaching fast, getting costumes figured out for any holiday functions (ward or otherwise) should be near the top of your to-do list. Remember that adorable little boy Elder Hales talked about in his conference address? Inspired by that image and the season, we dug through some old archives and found this costume a creative brother wore in 2005:

From Times and Seasons

The image has become a Facebook sensation—but not everyone is sold. If going as the angel Moroni statue isn’t your thing, there are always other great LDS-themed costumes out there that we're sure you'll love.