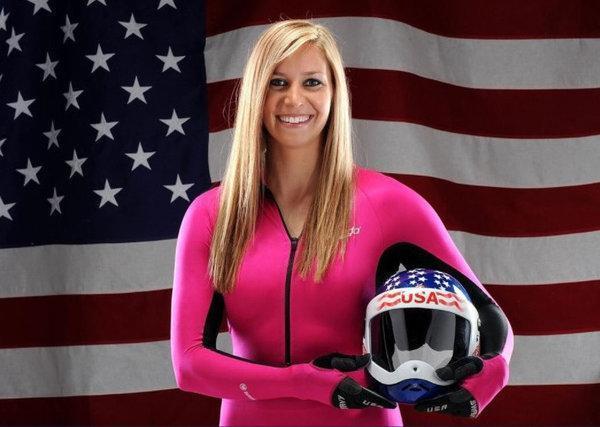 When presented with an immodest dress to wear in a photo shoot promoting heart health, Noelle Pikus-Pace had a decision to make: wear the dress for a good cause, or stick to her standards.

Before my first Olympic appearance, I was invited to attend an incredibly comprehensive social event known as the Media Summit. This national event attracts every newspaper, magazine, television broadcast, charity foundation, and webcast with any interest in sports, health, or fitness. Athletes expected to do well in the Olympics received invitations to attend, and we were asked to bring a variety of clothes to wear throughout the event. They wanted workout clothes, “Sunday best,” formal wear, competition gear and equipment, “going out” outfits, winter gear, and then basically anything else left in your closet after packing all of these items.

What I Learned from Realizing I Didn't Love My Husband

My husband and I have definitely had our fair share of trials since we were married. We’ve specifically faced dreadful trials between us, putting a wall in our marriage.

One day I woke up and realized I did not love my husband. He was just a stranger sleeping next to me. In that moment, I questioned everything I was and everything I had done up to that point in my life. This realization that I could not “be in love” with the guy to whom I had promised my eternity changed my view of marriage. Forever.

-->Find out what the author did after this realization

Where are the actors from the iconic LDS Film "Johnny Lingo"? Where did other LDS celebrites end up over the years? Find out!

Thanks to the movie Johnny Lingo, being called an eight-cow wife is now a compliment. This 1969 film has lived on in Mormon culture through the decades, and not surprisingly, seminary teachers and Young Men and Young Women leaders still show it to their youth.

When Hawaii native Naomi Kahoilua Wilson was cast as Mahana, she had no idea that this small role would stay with her for the rest of her life. “I don’t think I understood or appreciated what I was experiencing at the time,” says Wilson. “I didn’t really understand what the Lord was trying to make of us.”

There are some pretty famous Mormons out there, and they're ready to stand up for what they believe in. Check out these 5 celebrities in their very own "I'm a Mormon" videos, listed in order of most views on Youtube. Check out Elaine Bradley, drummer of chart-topping pop band Neon Trees.

-->See the other 4 celebrities with "I'm a Mormon" videos

Actress KayCee Stroh joined the thousands of others who have visited The Church of Jesus Christ of Latter-day Saint’s Ogden Temple during its open house by visiting last week.

Stroh, who is a member of the LDS Church and appeared as the character Martha Cox in all three “High School Musical” films, visited the open house with her family, including her husband Ben Higginson and 1-year-old daughter.