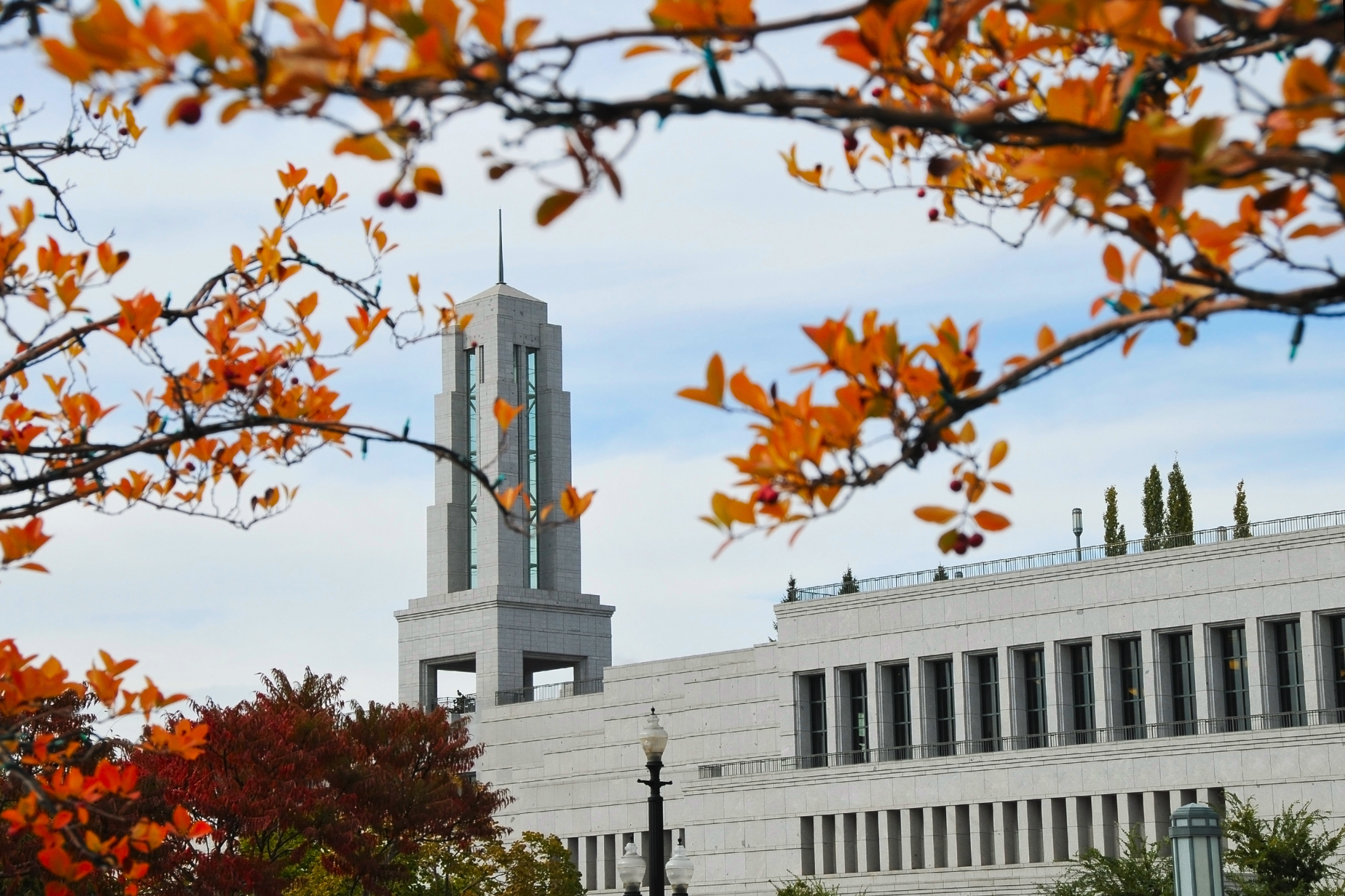 In 2008, an article published on April 1st by CNN purported that popular rapper Snoop Dogg converted to Mormonism. While the story turned out to be an April Fool's hoax, this week, a photo submitted to the LDS Missionaries Facebook showed that a Book of Mormon was given to the rap legend.

Sister 'Otukolo got special permission from their mission president to attend on football game at the Bishop Gorman high school in Las Vegas, where her brother plays. And when her brother told her that Snoop's son also played on the team, the Sisters went looking for him and apparently found him!

Earlier last month rumors were spreading that some general conference speakers would be giving their addresses in their native language.

Turns out the rumor was true.

Church spokesman Dale Jones announced that speakers "whose primary language is not English now have the choice to deliever their talks in their native tongue." He went on to explain that English subtitles will be shown on screens in the Conference Center and a live English interpretation will be provided for all other English-language broadcasts including staellite, cable, television, and the internet."

30 Things You Didn't Know about the Conference Center

With general conference a few weeks away, brush up on your knowledge of this amazing building where we gather to listen to modern-day prophets.

1. The conference center is the largest theater-style auditorium ever built.
2. It was originally designed to hold 26,000 people. Instead it can seat 21,000 in the main auditorium and an additional 900 in a smaller auditorium.
3. The center sits on a ten-acre plot, just like Jerusalem's temple did.
4. It's built to withstand an earthquake up to an 8.4 on the richter scale.
5. An additional 18 million pounds could still be put on the roof without it collapsing.
6. The building is intended to last at least 150 years.

January is summertime at the South Pole, which means that the sun never sets and the air is 30 degrees Fahrenheit (-0.8 Celsius) at the most.  The wind howls incessantly, providing the only natural sounds in the Antarctic interior. There are no animals, plants, or smells--just white snow and ice and the occasional grey patch of earth under a blue sky.

Despite this hostile environment, Antarctica is actually teeming with life. You just have to look hard. The dry valleys of McMurdo, Antarctica are home to about 1,000 scientists taking advantage of the “warm” weather, when they can study the beautiful simplicity of Antarctica’s delicate ecosystem. And where there are scientists, there are social gatherings, friendship made, and philosophies shared.

Occasionally in the community you can find a Mormon or two.

Actress Katherine Heigl was recently featured on the September cover of Good Housekeeping magazine. She discussed her life as a wife and mother from her secluded ranch in Utah.

"We had big dreams of expanding our family, moving to the mountains and having a quieter life," she told Good Housekeeping. "Utah is spectacularly beautiful, the people are wonderful and kind, it's an easy commute from L.A. — and there's no traffic!"

-->Read the rest of what she had to say