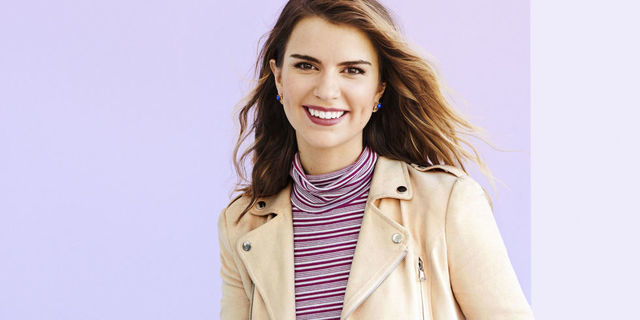 Lehrbaum told Redbook, "I'm a member of the Mormon Church and while I may not dress as conservatively as others within my faith, I've made the choice to always keep my shoulders covered and refrain from wearing any skirts or dresses that hit above my knee."

One of Lehrbaum's secrets is to add menswear pieces to her casual outfits to dress them up, including borrowing her husband's pocket squares to add a splash of color and variety to her neck, bag, or wrist. She said, "Style allows me to express a part of my personality that's not obvious at first."

However, Lehrbaum shared about a time when she felt unsure about whether she wanted to dress modestly or not.

"Early high school was probably the only period of my life when I felt less than 100 percent sure I wanted to dress [modestly]," Lehrbaum said. "I had just started to get into fashion, and I was attracted to certain styles that were popular among kids my age, like miniskirts, cutoff denim shorts, and bikinis."

Lehrbaum continued, "One day, I wore a string bikini to go swimming at a friend's house and my mom said something along the lines of, 'Oh, you chose to buy one?' It wasn't in an accusatory or passive aggressive tone at all; she has always encouraged me to be myself, and I think she could sense that I wasn't completely comfortable. Her reaction made me stop and wonder, 'Am I wearing this because I want to, or because everyone else is?' I haven't worn a bikini since."

After making a personal decision to dress modestly, Lehrbaum found alternative options for fashion, rather than feeling limited. "[Once] I figured out what I didn't want to wear, it was time to figure out what I did want to wear," she said. "Instead of just shopping at the mall where I felt limited, I sought out vintage and thrift stores and discovered a lot of pieces from past decades that were modest but seriously cool."

As she developing her own style, Lehrbaum gained confidence in herself and her fashion choices. Instead of following the trends of others, she developed a creative and stylish sense of fashion through trial and error that helps her perform her current job as a retail coordinator.

However, after hearing criticism about women who dress modestly, Lehrbaum explains, "My stance is that everyone should do whatever makes them feel like the best version of themselves."

► You'll also like: What We're Still Missing About Modesty

Ultimately, Lehrbaum explains how the way we dress shouldn't define us or define how we treat others.

"The way we dress helps us express who we are, not define who we are," Lehrbaum said. "Style is such a big part of my life, but the things I believe in and how I treat others will always be most important." 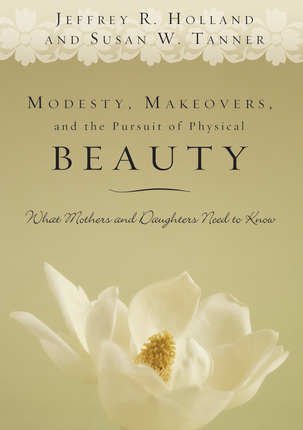 Elder Holland of the Quorum of the Twelve and Susan W. Tanner team up to present two powerful messages on self-image and society's obsession with outward appearance. Based on their October 2005 General Conference addresses, these timely and inspired messages will help you understand that happiness comes from accepting and enhancing our natural attributes, not from remaking our bodies after the image of the world.

Mormon Life Fashion LifestyleFashion,Lifestyle,Mormon Life
Comments and feedback can be sent to feedback@ldsliving.com