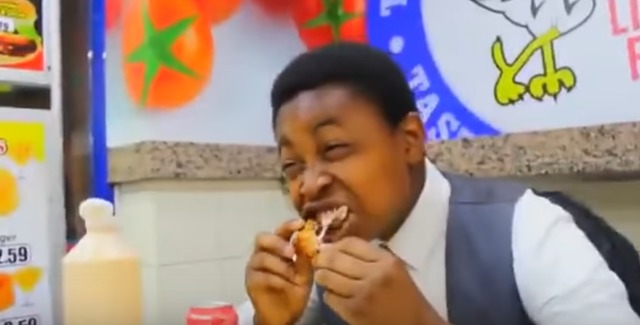 You wouldn't think reviewing fried chicken would go viral, but one Mormon in London is proving that there's a whole lot more to this delicious meal than one might suppose.

Returned missionary Elijah Quashie, more popularly known as the Chicken Connoisseur, has over 33 million views on his YouTube channel for his witty reviews of chicken shops in London.

So what is it about this 23-year-old Londonite that makes his videos go viral?

According to the Huffington Post, Quashie's reviews are something "viewers have found hilariously endearing, prompting calls for the boy to get his own show and a request to diversify his cuisine channel offerings."

On one of his early YouTube videos, one commenter wrote, “This was amazing. You’re going places. Granted right now they seem to be just mediocre chicken shops but soon you’ll be going places.”

It turns out Quashie will be going places as he hosts his new TV show for Channel 4 in England, The Peng Life,* where Quashie "will be hunting down the most-wanted things his city has to offer and he’ll sample them at two different price points—street and elite level. From food to fashion, he’ll be sorting the superior from the sub-par and giving his adjudication on which tested items are deserving of being titled The Pengest."

Quashie didn't expect his reviews to go viral. When his first few videos started taking off, Quashie told Buzzfeed it caused “a lot of stress . . . I was hoping to enjoy my chicken from Eden from Finsbury Park with my Supermalt . . . Then my phone blew up.”

Check out one of Quashie's most viral videos:

For those of you who don't speak London slang, here's a handy glossary the Huffington Post put together:

Dis - usually a put-down, but the Connoisseur uses it as slang for This.

Fam - Short for family, but often used to refer to one’s friends.

Wagwan: What is going on?

Crep - the Connoisseur refers to himself as a crep fiend, meaning a sneakerhead, or lover of shoes. A crepcheck is to look at and judge someone on their shoes. The Connoisseur begins his review with a crepcheck to show off his Nikes, before beating his feet to the chicken shop.