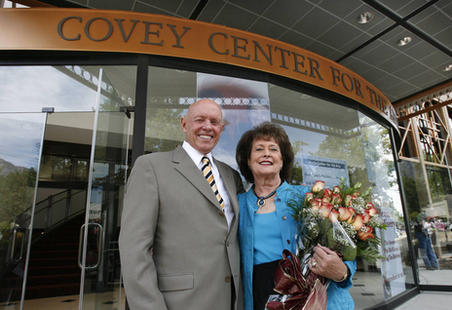 Covey, 79, was riding downhill near 2733 Foothill Drive in Provo just after 8 p.m. when he lost control of his bike, said Provo Police Sgt. Mathew Siufanua.

"He tried to turn, and he just lost control and he fell," he said.