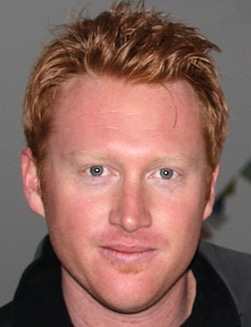 Ringo Starr knew him on a first-name basis, he carried Neil Diamond’s suitcases, he took the Dixie Chicks’ dogs to the vet, he was a runner for Stevie Nicks of Fleetwood Mac and he was Lady Gaga’s tour manager.

It all started with a list: 42 things David Ciemny, age 14, was going to accomplish throughout his life. The inspiration to make this list came after hearing a fireside at which his bishop ingrained into him a lifelong philosophy: “Stand alone if you must, but stand.” Soon after, his bishop gave him a journal, emphasizing the importance of setting goals for his life.

His list included things like, “Be a tour manager for a world-famous pop star, travel to at least 50 countries, get married, have children and have a recording contract.” Today, Ciemny looks back on the past 20 years, over which he has checked off many ambitious goals from his list.

“It’s amazing when I look back on all those goals,” Ciemny said. “I literally accomplished so many of them that I never thought I would be able to. I’ve made it to 90 countries now. I’ve of course been married and have a gorgeous, gorgeous baby boy. I’ve got to work for world-famous pop stars.”

Most notable though was Ciemny’s stint as Lady Gaga’s tour manager during her rise from obscurity to stardom. He helped guide her through the critical stages of her career as he traveled by her side for nearly two years.

Throughout his time as a tour manager, Ciemny believes it was very much an embodiment of the philosophy of standing alone. “You know, we always talk about how you want to be in the world but not of the world. I think when you’re in that environment, you’re very much put through trials and tests. Whereas when you’re in your home … you control the content, the media, the music, the TV, the language that’s being spoken.”

According to Ciemny, his time in the industry really strengthened his testimony. Rather than trying to keep his religion a secret, people would call him the “Stormin’ Mormon” because he was always getting things done, and was always so motivated by his faith, work ethic, desire to be successful and his passion.

Ciemny started out his career by managing a friend’s band called Neve. From there, he became a singer for the techno-rock band 29Died, where he was able to release two albums in stores nationwide by age 20. His band was featured in Rolling Stone’s top 10, opened for Metallica, and was featured on various MTV show.

Within his industry, Ciemny earned himself the reputation as an honest and dependable person. Ciemny said integrity is rare in the entertainment industry, and when you say you’re LDS, it can carry a lot of weight.

“It’s interesting, the more … you’re honest, and you have a dependable work ethic, and you’re loyal, the more people recommend you.” This allowed him to start working with bigger stars—at first as a gopher running errands, all the way up until his time with Lady Gaga.

As he started to work with more famous people like Lady Gaga, Ciemny kept his philosophy of standing alone in mind. “What became important was to have [our] differences but to respect each other, and that’s really one of the most important things.”

Ciemny’s career with Lady Gaga ended with a very critical decision in 2009. He’d just had his first son, the tour schedule was booked all the way to 2011 and Lady Gaga was becoming increasingly popular. However, after speaking with his stake president—the same man who’d given him the journal many years before—he was counseled to quit. After a struggle to do what was right, the emotional chord that finally struck him was having to go two years without seeing his son.

“Certainly the Lord had a plan in store for me, and everything happens for a reason. I’m just so proud to say that I can go home every night to my little baby and be a part of his life, and be able to hold a calling now—which I couldn’t do before—and basically be there for my family and be that rock in the priesthood for my family that I should be.”

Now at age 35 and with more than half his list checked off, Ciemny said, “When I go back to that journal, it was unbelievable the kinds of things I had in foresight for myself. Not only that, but the kinds of accomplishments. That journal has really become the roadmap for my life.”

Today, Ciemny works in Calif. spending his time with his family and giving speaking engagements nationwide.

**NOTE: Our comment boards are having some technical issues, making comments hidden and unhidden at random. LDS Living has not deleted any comments from our website, and we are quickly working to fix the problem. Thank you for your patience.