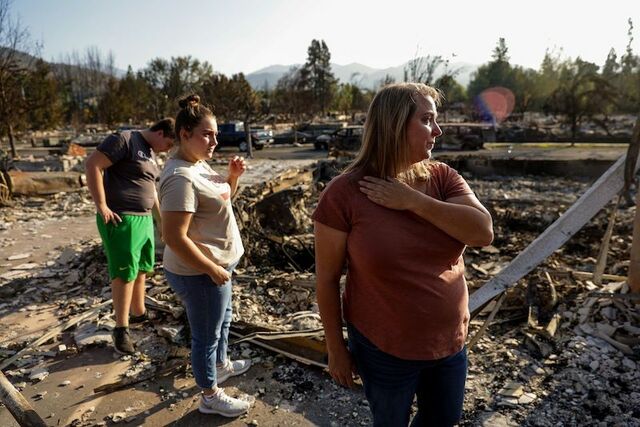 Latter-day Saint Almeda Fire victim: 'We felt carried in the ways I think the Savior would carry us'

At least 2,357 homes in southern Oregon have been destroyed in the Almeda Fire, which is one of the 10 most-devastating American fires in 50 years, Deseret News reported. In a single congregation of The Church of Jesus Christ of Latter-day Saints, 50 homes were consumed in the flames.

But the support that members and non-members alike have received has provided much-needed comfort to displaced families. The morning after the fire, Latter-day Saint Misty Pantle recalled how, when her home was destroyed, another ward member offered her temporary shelter.

“We felt carried in the ways I think the Savior would carry us if He could in a physical form. He moved them to help,” she told Deseret News.

Ministering has been essential during this difficult time. The Bear Creek Ward Relief Society presidency kept close track of families affected by the fires, noting who been contacted by ministering sisters, and what support they still needed.

“Yellow meant a damaged home. Green was for the displaced who had a home they could return to eventually. Pink highlighted immediate needs and the ministering people assigned to meet them. Purple was for those who needed groceries,” according to Deseret News.

The elders quorum also took advantage of the spreadsheet and it became a useful tool for leaders to know what was needed. Volunteers began taking in laundry, sharing generators, and helping others find temporary shelter. But relief efforts didn’t end there. Even those who had been displaced or who had been affected by the fires were doing their best to help others.

While Pantle plans to rebuild her demolished home, in the meantime she chooses to live with faith. She also spoke of the support she has received from her ministering sister as well as another woman in the Ashland Ward. Last Sunday morning, Pantle’s family watched the Ashland Ward’s sacrament meeting via YouTube, partook of the sacrament from a ministering sister’s house, and later watched the Bear Creek Ward sacrament meeting.

Learn more about how the Almeda Fire has affected Latter-day Saints and how members are responding at Deseret News.

Service FiresService,Fires,
Comments and feedback can be sent to feedback@ldsliving.com