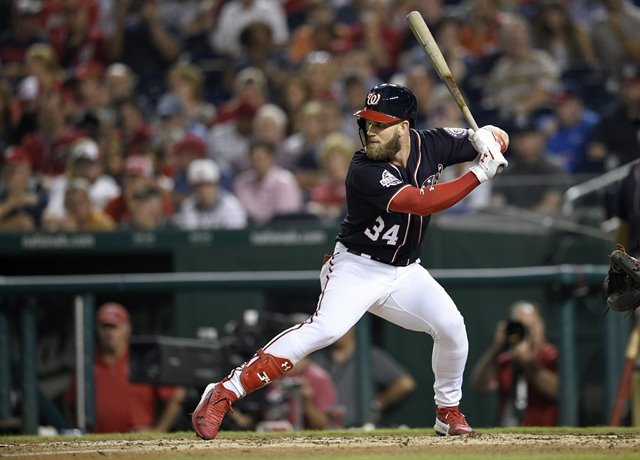 Family matters to Bryce Harper. And, as arguably the best free agent baseball has seen in 18 years, he wanted a place he could feel at home. Harper made it clear from the beginning of the off-season that he wanted to be a part of an organization that felt like family.

Yesterday, Harper found one. The Philadelphia Phillies signed the Latter-day Saint outfielder to a record-breaking contract, worth $330 million for 13 years. It’s the largest contract in MLB history, and the second biggest contract in sports history.

ESPN reported that a common theme in negotiations this winter was that Harper wanted a sense of permanency—he didn’t just want a big payday for a few years, he wanted a home. The 26-year-old Harper could have gone to the Dodgers for a four-year deal, at $45 million a year, according to the MLB network. That would leave him a free agent at only 30, ripe to sign another huge contract. 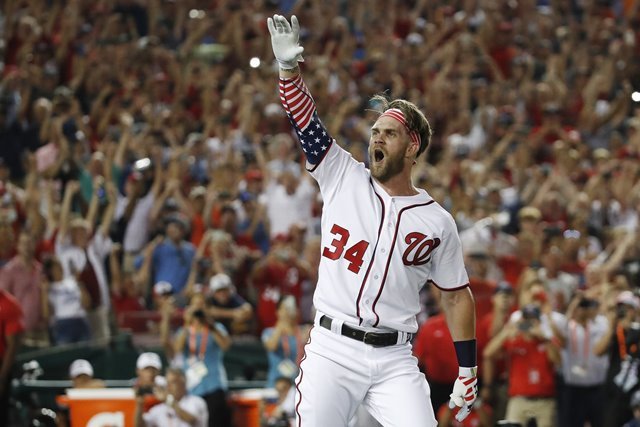 But the 2015 National League MVP wanted stability and a long-term home.

“The notion of dedication, of loyalty, of all things familial came up often enough during his meetings with teams that they had to take it seriously. It was the Harpers’ way of saying that this pledge was ironclad.”

Harper was so serious about letting his teammates and fans know he was sticking around for years, that the contract featured no-opt clauses and a no-trade clause. That is very good news for Phillies fans (and very, very bad news for the rest of the NL East.)

Harper was the No. 1 pick in the 2010 draft and called up to "the Show" at the tender age of 19. He lived up to the hype, winning the 2012 National League Rookie of the Year award. 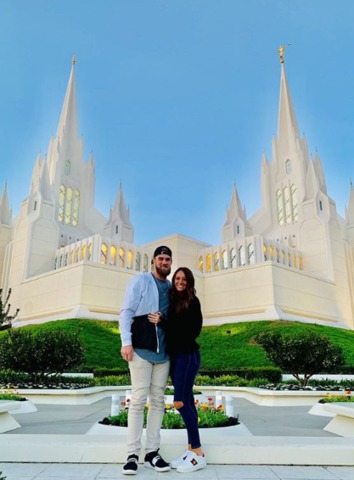 Last season, he hit 34 home runs and posted career highs in both RBIs and walks (his average did dip to .249.)  Harper will also play in a ballpark that is suited to his strengths in Citizens Bank Park.

On the field, Harper is showy, aggressive, brash, and the kind of player who, if he's not on your team, you love to hate.

In every way, Harper is unabashedly himself.

More than that, the Las Vegas, Nevada, native is not afraid to live his faith as a member of The Church of Jesus Christ of Latter-day Saints.

“I always thought that my Heavenly Father upstairs always just wanted me to be a walking Book of Mormon, you could say,” Harper told the Washington Post. “I knew that I could touch a lot of people’s lives playing and trying to be the best Mormon that I can be on and off the field.”

In an October 2018 instagram post, Harper talked about the upcoming off-season of free agency and how he found peace in the Salt Lake Temple.

“This was my first session in this temple and what an experience we had,” Harper wrote. “The spirit was on my mind so strongly & the craziness that this off-season will bring. But when I am feeling such things or in a frame of mind like that nothing feeds my soul more than learning & being more in tune with my Lord & Savior in His house upon the earth!”

Harper has borne his testimony of the gospel and the peace it brings him more than a few times on social media.

He will often tweet about his beliefs, post pictures of scriptures, or share quotes from prophets. His marriage in the San Diego Temple to former BYU soccer player Kayla Varner in 2016 was covered by the Washington Post. 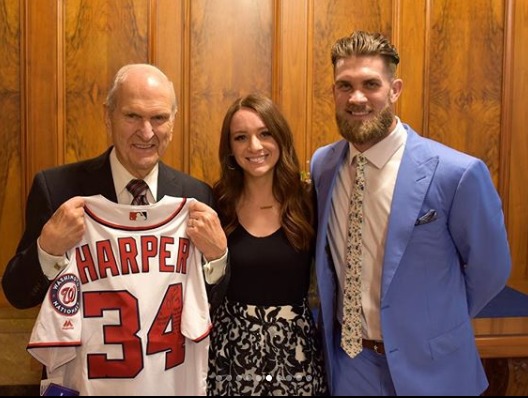 Harper shared on instagram how the meeting strengthened his testimony that President Nelson was a prophet of God.

“President Nelson had me in shock. He had an overwhelming feeling around him of the spirit. He walked into the room and I immediately teared up and began to think if it was even appropriate for me to be in the same room as this man because of how incredible he is. He came over and shook my hand, my wife’s hand, and family’s hands and we talked for a couple minutes. By the end I couldn’t help but think when this man talks it is the truth. It is the word of God & everything that I want to be part of. “