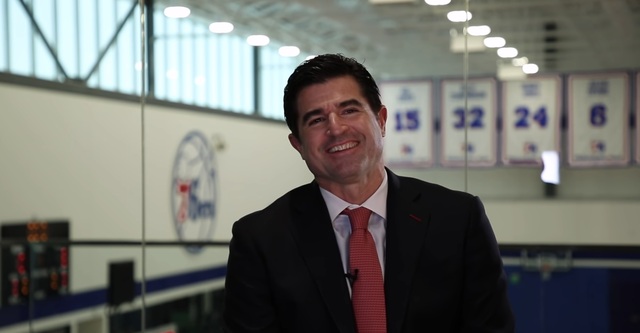 The Wall Street Journal’s May 8, 2021, print edition featured Scott O’Neil, CEO of the Philadelphia 76ers and the New Jersey Devils.

“Amid the strain of a job in which a lot rides on ‘what happens this second, this minute,’ Mr. O’Neil takes comfort in the ‘longer view’ granted by his religious faith. At 46 he was baptized as a member of The Church of Jesus Christ of Latter-day Saints, the religion of his wife and children. He tithes 10 percent of his earnings and is active in the church,” the article reads.

In the article, which highlights O’Neil’s philosophy that failure is the best teacher, O’Neil outlines potential setbacks he has experienced in his career, including being pushed out of his “then-dream job” as president of New York’s Madison Square Garden Sports. He also spoke of his wife, Lisa, and her support during setbacks, stating, “You know you married the right person when times are bad.”

“When he became CEO,” the author of the article writes, “he noticed that employees saw it as a badge of honor to not take vacation. Although his job is demanding—between games, concerts and travel, he works around 150 nights a year—he regularly demonstrates the value of taking time off. He has coached basketball for his three daughters, who are now 14, 17 and 21 years old, and he rarely missed a parent-teacher conference.”