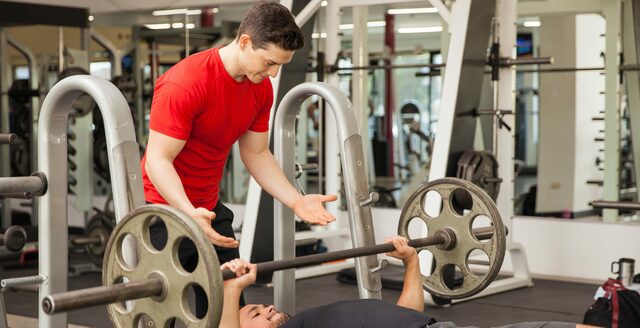 Latter-day Saint psychologist: Why the obedient are supported in trials rather than protected from them

My dear grandmother recently passed away just a few days shy of her 100th birthday. My father tells the story of speaking with her many years ago, not long after he married my mother. Grandma was a stylish, sophisticated woman. She worked on the cutting edge of business strategies and loved trying new things. In those days, exercise gyms were novel, and grandma decided to try them out. One of the more popular “exercise” machines was a large strap that one would wrap around their waist. The person would hold on to the apparatus as the machine shook back and forth, causing the person’s body to vibrate. On her trips to the gym, grandma “worked out” on one of the shaking machines. My father grew up on a farm and didn’t have a local gym, but this was unnecessary as his days were full of physical labor associated with farming. He knew he’d had a good workout when he’d come back from his chores drenched in sweat and depleted of energy. He asked grandma about her gym workout, wondering if the machine had ever caused her to break a sweat. She looked at him sternly and said, “Good heavens, no!”

Grandma was no stranger to doing difficult things, but in this instance, she didn’t want to become a sweaty mess out in public. I hope she didn’t spend too much money on a membership to that gym, because getting shaken around by a glorified washing machine motor wasn’t going to do much to increase her physical health. Since then, many have become familiar with the adage “no pain, no gain,” and if you leave the gym without breaking a sweat, you might feel like you didn’t do as much as you could have.

The concept of “no pain, no gain” resonates with society quite clearly with matters such as physical exercise, dietary self-restraint, or financial discipline. Yet, when it comes to our eternal progression, sometimes we see this differently. I have noticed a significant, yet largely unspoken belief among members of The Church of Jesus Christ of Latter-day Saints related to this issue. It is rarely found in the overt content of our conversations, but rather in the subtext. The belief is this: if we just live righteously enough, we will avoid serious challenges. A companion theory is also present: those who experience significant difficulties in their lives must have done something wrong or fallen short of stalwart obedience. I’m embarrassed to admit that I have held such beliefs in the past.

How often have any of us looked at others who are going through trials and thought, “If they had just read their scriptures more often” or “If they had just held family home evening more faithfully, they wouldn’t be in the predicament they are in.” These assumptions are simply not true. There is nothing in the words of ancient or modern prophets to support the idea that if we are obedient, we will avoid adversity. On the contrary, the furnace of affliction is one of the key elements of eternal progression for those on the covenant path. The faithful will always encounter periodic opposition, difficulty, tragedy, and disappointment regardless of how obedient they are. It’s one of the ways we become like our Father in Heaven.

Because of the deception that more righteousness equates with less adversity, and because adversity is difficult, some have determined that avoiding adversity is a good strategy. I don’t believe that is true. I also don’t think we need to seek adversity—plenty will come our way whether we look for it or not. But to avoid it when it comes is a missed opportunity.

Dodging challenges, taking the low road, and seeking excessive comforts can bring temporary pleasure, but will result in decreased emotional and spiritual stamina in the long run. In the October 2020 General Conference, Elder Jeffrey R. Holland taught as follows: “The point is that faith means trusting God in good times and bad, even if that includes some suffering until we see His arm revealed in our behalf. That can be difficult in our modern world when many have come to believe that the highest good in life is to avoid all suffering, that no one should ever anguish over anything. But that belief will never lead us to ‘the measure of the stature of the fulness of Christ.’” The highest good in life is definitely not to avoid all suffering, but to endure well the difficulties that come either through our own choices or through heavenly testing.

Such a premise almost begs the question, “Then what is the reward of righteousness? If I can’t avoid trials through good behavior, what’s the point of sacrificing to be obedient?” Such reasoning has been around since the days of ancient prophets, including Malachi, who observed concerning wayward Israel, “Ye have said, it is vain to serve God: and what profit is it that we have kept his ordinance, and that we have walked mournfully before the Lord of hosts? And now we call the proud happy; yea, they that work wickedness are set up; yea, they that tempt God are even delivered” (Malachi 3:14-15). It seems that even in Malachi’s day there were those who felt that obedience was overrated. Let me be clear, obedience is not overrated, especially when it comes to managing life’s challenges. Alma taught his son Helaman, “I do know that whosoever shall put their trust in God shall be supported in their trials, and their troubles, and their afflictions, and shall be lifted up at the last day” (Alma 36:3; emphasis added). Please note what Alma did not say. He didn’t say that the obedient would avoid trials, troubles, and afflictions. He said they would be supported in their trials, troubles, and afflictions. There is a significant difference.

To return to the gym analogy, I took a weightlifting class at BYU many years ago. One of the class requirements was to increase the amount of weight you could lift from the beginning of the semester to the end. When the class commenced, we did “max testing” to determine just how much weight we could lift when using all our strength. Over time, as we practiced and trained, we became stronger. We pushed ourselves. I remember doing a bench press exercise, and my friend suggested I add an additional ten pounds to the bar. I wasn’t sure I could do it. I could barely do a few repetitions with the current weight. But at his suggestion, I added the weight. It was more than I could lift. I struggled and gasped as my arms trembled, feeling I was about to drop the bar on my chest. But my friend reached down and grabbed the bar, providing just enough force to supplement my efforts, so that I was able to completely lift the weight. He did not remove my trial. As Alma taught Helaman, my friend supported me in my trial so I could complete the task. Because of my struggles, I became stronger and ultimately was able to lift much more than I could at the beginning of the semester. As we strive to keep our covenants, we receive the same assistance from Heavenly Father. We are supported in our challenges. While still feeling the fire and bearing most of the weight, we do our part to become stronger and more resilient.

There are times and seasons in our lives when it’s advisable to stop for a minute and catch our breath. Even our Father in Heaven rested from the work of creation. Taking the needed time for recuperation and regeneration is critical. But King Benjamin continues his counsel, teaching that such breaks should be the exception and not the norm: “And again, it is expedient that he should be diligent, that thereby he might win the prize.” This means work should be the standard. Effort should be consistent. Organizing the daily tasks of our lives in “wisdom and order” will help us endure just enough adversity, experience just enough relief, and engage in just enough growth that we will ultimately become like our Savior, Jesus Christ. As Mormon instructed, “pray unto the Father with all the energy of heart, that ye may be filled with this love, which he hath bestowed upon all who are true followers of his Son, Jesus Christ; that ye may become the [children] of God; that when he shall appear we shall be like him” (Moroni 7:48; emphasis added).