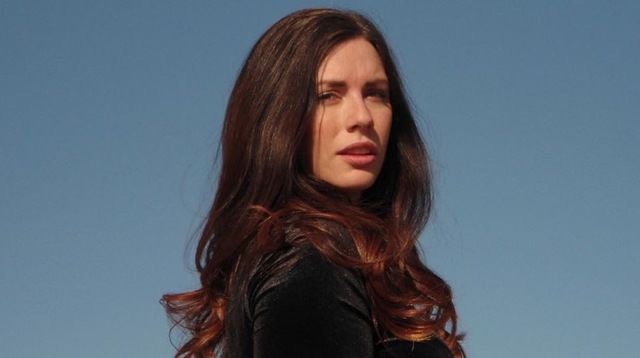 The melody came to Kimberly Knighton out of nowhere.

In 2018, the singer-songwriter had been driving in her car and was thinking about what she would perform in an upcoming Christmas show when the notes to a yet unwritten chorus came to her mind. She immediately knew she had to record it and sang the melody into her phone. That simple melody would turn into her newly released single, “In My Arms,” a song about Mary’s heartfelt reaction to being the mother of the Son of God

“I got home and sat down at the piano and the whole thing came out,” says Knighton. “It was weird. It was so weird. There’s been a handful of times where that’s happened, and those are the songs where I know, ‘Okay, this one had to be written.’”

As she wrote, Knighton channeled her feelings with Mary’s, contemplating how she would feel if she were in Mary’s shoes and how one so young came to understand her divine purpose.

“I also thought a lot about the idea of having a mission and not ever being totally prepared to fulfill your mission, but knowing that it’s something that you’re supposed to do,” Knighton says. “And I think everyone can relate to that.”

Knighton, who is currently an adjunct professor at Utah Valley University, says her goal was to make the lyrics in her song more relatable by giving them a modern feel while articulating Mary’s thoughts and feelings.

“We have to read into the scriptures a little bit and find ways to make it personal.” says Knighton. “It’s cool to imagine her talking to Jesus and saying, ‘These are the things that I’ve felt and I’ve been feeling, but I’m going to do my best because you’re my baby and because you’re the Son of God.'”

As Knighton, who has a degree in Media Music from Brigham Young University, recorded the song, she drew on the experience she’s gained from recording three previous albums—one of which she recorded in Nashville with Kent Wells, a producer who has worked with Dolly Parton.

Her intent in recording this single, she says, was to create a sound that was ethereal and somewhat distant. Accompanied by a live cello, which represents Christ, and a repetitive piano motif, which represents God’s reassuring presence, the instruments are meant to be a comfort to Mary in the song. 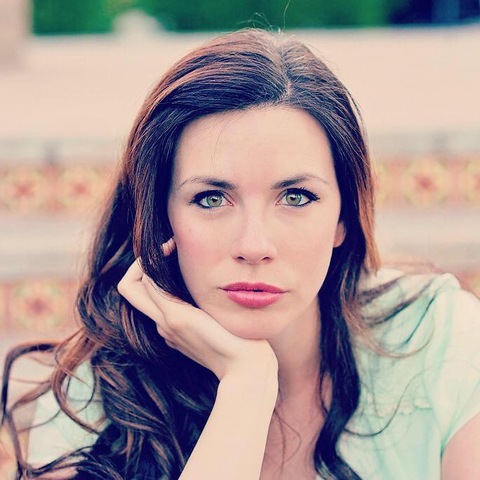 “It’s a very repetitive melody,” she says. “I do the same thing over and over and over again. And I think that is the message: ‘Everything’s going to be fine. You’ve got this. You know what to do.’”

Additionally, Knighton commissioned the album art after connecting with Merilee Trujillo, an artist who had previously been inspired by her music.

“She wanted something to represent the simplicity of the arrangement,” wrote Trujillo in an Instagram post. “I listened to the song, and was overwhelmed with feelings of love and compassion for Mary, as the Mother of the Son of God, the part she played, as well as so much love and gratitude for our Savior! I wanted to represent that in the colors and flow of what I painted, and hope that it can be felt!”

However, when it came time to release the song, Knighton began having second thoughts. Sacred music isn’t typically her style and she worried about how people would react.

“There were so many things I was concerned about, but I think what I learned was even if one person connects to this song, it needs to be out there and that’s why I ended up just doing it and pushing through,” she says. “I think the greatest thing that I learned was if you feel inspired to do it, do it, and you will always have critics. But if the song came out that easily, it was meant to be written and meant to be released.” 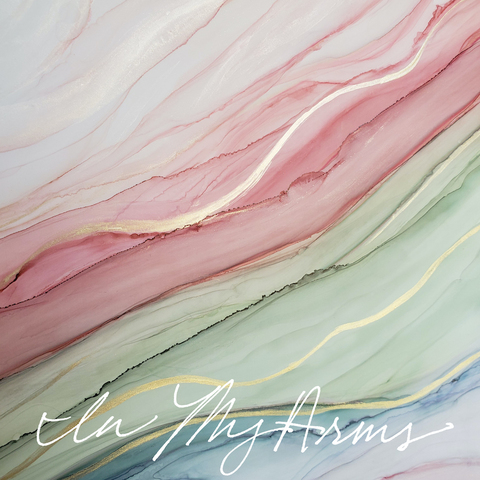 A watercolor painting of the album art for "In My Arms." Credit: Merilee Trujillo

Knighton added that she hopes “In My Arms” will help listeners be able to keep moving forward even if they don’t know all the answers or understand their purpose in life.

“I hope that they will find themselves in the song and see that their purpose is greater than their imperfections and that you don’t have to know exactly what to do to move forward and to fulfill your purpose," she says.

“And I hope that they connect with Mary and see her in a different light . . . and as we’ve seen [with] every prophet and every person that’s asked to do something that’s really big, they’ve all been humble and a lot of them have been young and inexperienced. And I think that’s the reason why, is because the Lord needs us to be humble and to be willing to accept our imperfections and move forward despite those, and not let our egos get in the way of doing the Lord’s work.”

Knighton’s music can be found on her website, as well as Amazon Music, YouTube, Spotify, and Apple Music. Sheet music for "In My Arms" is available at kimberlyknightonmusic.com.