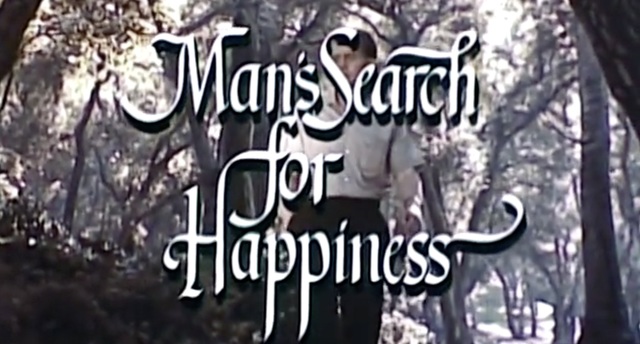 There are many ways people can have a positive impact on the lives of others.

For Bryce Chamberlain, his way of impacting others was being an actor for one of the most watched films of the Church entitled Man's Search for Happiness, Provo's Daily Herald reports.

In 1964, at the World Fair in New York City, Man's Search for Happiness was released alongside the Christus statue at the Mormon Pavilion Exhibition. The film would go on to be one of the best tools for drawing people to the gospel of Jesus Christ.

Back then, Chamberlain was a young father who played the lead role in the film that was more popular than the Church could've ever hoped for. Elder Richard L. Evans, who was an apostle of the Church and voice of the then-Mormon Tabernacle Choir, helped the video gain traction with his voice as narrator in the film.

After the fair in NYC, the Church primarily utilized the video in missionary efforts and missionaries around the world showed the film to individuals and families who were interested in learning more about the Gospel of Jesus Christ. As a result, people all over the globe learned the face of Chamberlain and, over the years, have introduced themselves to him.

“Everywhere I go, and I’m an 87-year-old gray haired old man, people recognize me and say ‘hey you were in ‘Man’s Search for Happiness’,” Chamberlain said. “Thousands of people have told me that and have recognized me.”

Read more of Chamberlain's life and experience in Man's Search for Happiness here.