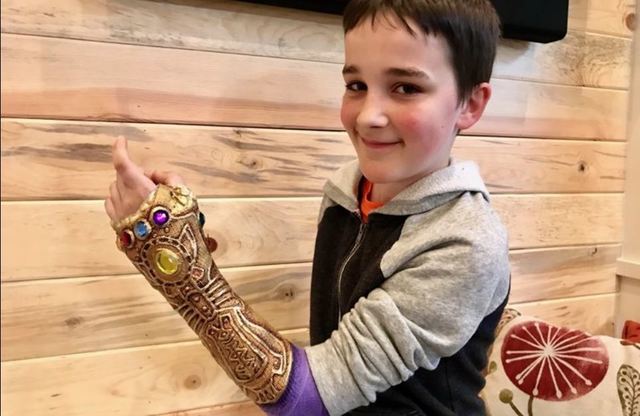 Seth Anderson ran up the steps, tripped and landed on his left arm. It snapped. Shedding tears, he went to the hospital with his parents and got a sling. The hospital told him his cast would arrive in five days.

Anderson spent those five days wondering what he could do to make his cast stand out. After all, this was the first time he broke a bone.

Then his brother, Jonathan Anderson, had an idea — you should do the Infinity Gauntlet, he said.

Little did Seth know that the decision to paint his cast into the Infinity Gauntlet — which the villain Thanos uses in Avengers: Infinity War to snap away half of the universe — would launch him into the galactic orb of Reddit viral fame.

Fun ViralViral,Fun
Comments and feedback can be sent to feedback@ldsliving.com