Latter-day Saint mother who gave birth on Delta flight reflects on past month, says God’s hand was 100 percent in what transpired

For Lavinia “Lavi” Mounga, it was the trip of lifetime—but not exactly a vacation. Her story is one that people know nationwide: NBC News, Fox 13, MSN.com, and others have marveled at how medical professionals came to the rescue on a Delta flight when Mounga gave birth to a baby boy. The young mother didn’t even know she was pregnant at the time.

While the events are certainly astounding, Mounga, a member of The Church of Jesus Christ of Latter-day Saints, says they were also miraculous—and that without God’s help, things wouldn’t have come together the way that they did. Today, she endures the long wait for her son to be released from the NICU while learning how to be a mother for the first time. But while so much of the past month has been unexpected, Mounga is handling each day with positivity and faith.

The Hand of God

Before she boarded a Delta plane in Salt Lake City on April 28, Mounga was experiencing some cramping. She didn’t think much of it at the time, planning on sleeping it off on the flight. But when she was unable to rest, Mounga headed to the bathroom and stayed there for about an hour. It was then that her water broke, and she passed out. When she came to and saw a baby boy she didn’t even know she had, she quickly picked him up and called for help. 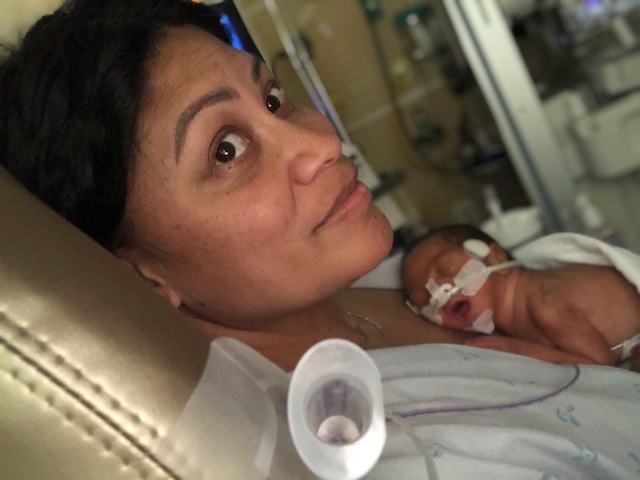 The medical experts helped Mounga and the new preemie by cutting the umbilical cord with shoelaces and using a smartwatch to monitor the baby’s heart rate. They also wrapped the baby in plastic and microwaved bottles of water to keep him warm—according to Glenn, young babies can’t regulate their temperature well and get cold quickly. They also often struggle from a lack of oxygen, he told People.

For Mounga, the fact that these medical professionals were on the flight that day, not to mention their success in helping her and her son, is evidence of how Heavenly Father was watching over them.

“One-hundred percent . . . God definitely had His hand in everything that day,” she says. “How often do you find a whole medical team on a flight together to the same spot? Of course, He’s definitely the whole reason why everything came together the way it [did]. . . It’s a miracle, seriously.”

In a Facebook post the next day on April 29, Bamfield, one of the neonatal nurses, also spoke about the miraculous nature of the events, saying “God was definitely with us up there.”

A Sense of Peace

Mother and baby (who was only 29 weeks gestation at the time) were transferred via ambulance to the Kapiolani Medical Center for Women & Children when the plane landed. Mounga was discharged two days later. But her son—whose full name is Raymond Siotame Kaimana Wade Kobe Lavaki Mounga—is expected to be in the NICU until about mid-July. At that point, he’ll be approximately 40 weeks old.

Mounga has been acclimating to her new life as a mother and takes things one day at a time. She says that going outside to be in nature, exercising for her mental health, and prayer have all been a big help to her in the weeks that have followed her son’s birth. She also experienced her first Mother’s Day on the islands. 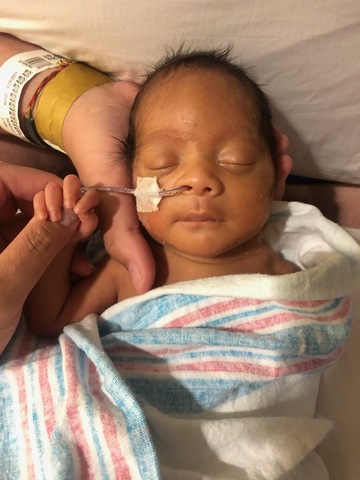 “It was really cool. I mean, I was blessed to have my mom out here too, still, so we got to celebrate with her, which was special to me. And it being my first Mother’s Day . . . [even though] we were in the hospital, [there’s] still so much to be thankful for,” she says, recalling a special dinner she had with her family on the other side of the island that day.

She has also been making an effort to be intentional with the time she is spending with her son. Rather than letting herself get caught up in the motions of the daily things she needs to do for him, she’s focusing on the little things like holding him, having conversations with him, singing with him, reading to him, and helping to stimulate his mind. She’s also taking the time to write.

“Spending time journaling so that he has something to look back on, like, ‘Oh man, this is what was happening when I was a couple days old, that’s what Mom was doing. So yeah, just taking the time to do all of that stuff is love.”

Mounga says she can sense that the Spirit is with her as she takes on her new role as mother.

“The Spirit has been way more present for me, just with helping [me] stay calm and making sure my mind is present and I am aware of what’s going on,” she says. “I just feel so comforted in knowing that I’m not alone and that the Lord is mindful of me and watching over me and knows that I don’t know what the heck is going on. I wasn’t preparing for any of this, but everything’s going to be okay. That’s always the feeling I have in my heart.” 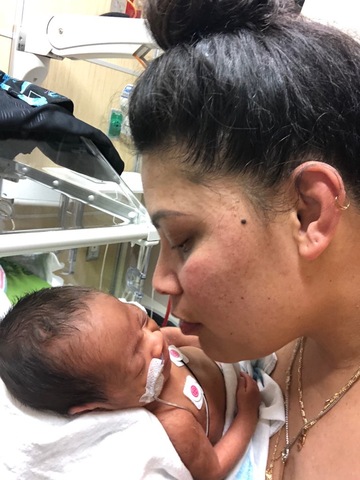 Besides looking to her parents, Mounga says she often turns to her Heavenly Father and is constantly praying for guidance, protection, and “all the things.” Relying on God is also her advice for those who are coping with unexpected circumstances.

“He is so mindful of you. You probably forget because life is crazy, you know, and you just don’t really think sometimes. It’s hard, and it’s like, ‘Ugh, why are you giving me this trial, or making things so hard?’ But just remembering that He is mindful of you, and He knows that you can overcome that unexpected thing that’s happening to you, and that everything will be okay even if it’s not according to what you would hope . . . just knowing that it’s in His time and it’s according to His will and everything will work out.”

The past month has certainly been a whirlwind for Mounga. She is yet to return home to Orem, Utah, while she waits for her baby to be released from the NICU. But while the trip she embarked on in April wasn’t at all what she envisioned, she is nevertheless grateful to be on this ride.

“This child is from God, and I have the wonderful opportunity and blessing to raise him in this lifetime. And I’m so thankful for that,” she says.