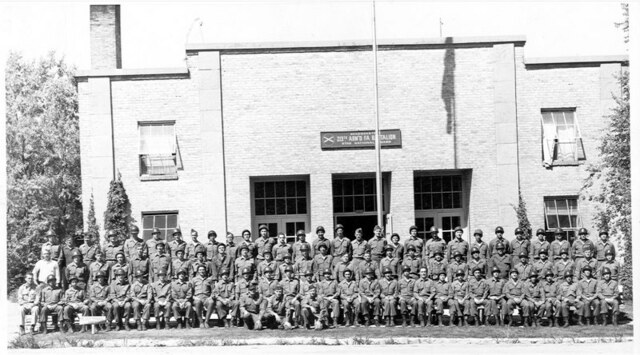 The battle is called the “Miracle at Gapyeong.” The heroic incident took place on May 25, 1951, in South Korea when a small battalion of 240 brave young soldiers from small-town southern Utah Latter-day Saint homes found themselves suddenly under attack by 4,000 Chinese and North Korean soldiers. It was a terrifying and completely unexpected attack. They were given the understanding that they were to provide artillery support to allied soldiers positioned ahead at the North Korean enemy line. But there were critical miscommunications and in fact, there was no buffer between the Utah soldiers and the enemy.

They were shocked and terrified to discover that they were being directly attacked, and drastically outnumbered. The battle is accurately described as “a ferocious hand-to-hand battle fought in the early morning darkness.” At dawn, Lt. Frank Dalley and Captain Ray Cox led their Latter-day Saint battalion into battle. They courageously fought their way through the Gapyeong Valley, destroying Chinese machine gun forts and inflicting hundreds of enemy casualties. “I just kept firing my .50 caliber (machine gun) until the barrel melted,” said artillery soldier Elmo Robinson. 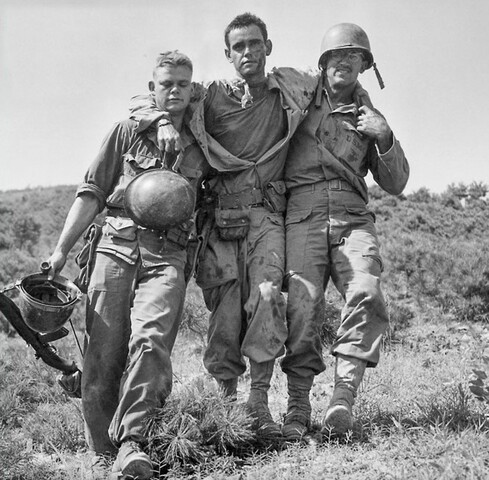 Despite having a better than 16x advantage (4,000 vs. 240), the Chinese/North Korean opposition finally gave up and attempted to retreat by climbing up the surrounding mountains to the north. In the end, more than 350 Chinese and North Korean enemies were killed, and another 830 were taken prisoner but not one of the Latter-day Saint soldiers was killed.

Many of the Chinese and North Korean soldiers that had been taken prisoner were asked how they could be so completely defeated by a such small battalion of only 240 young men? Their reply was “we shoot them, but they don’t fall down.”

One of the many spiritual aspects of this valiant group’s battle was that this 213th Battalion had been promised by the president of the St. George Utah Temple that they would return home safely if they lived true and faithful to their God. These young men rose to that occasion and were recognized as a standout group who lived their lives with exactness and courage. Many of the family and friends in St. George, Cedar City, Richfield, Fillmore, and Beaver accurately compared this group to Helaman’s stripling warriors (Alma 56). 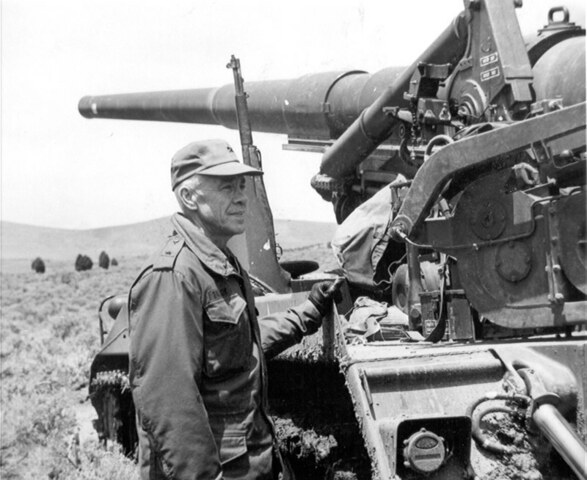 Their leader, Lieutenant Colonel Frank Dalley, held many similarities to Helaman. He was a man of devout Latter-day Saint faith, who was old enough to be a father to these young boys age 17 to 23. He knew their families and felt a paternal responsibility to take care of them. He felt that if even one of those boys died, he wouldn’t be able to face their parents back home in Southern Utah. He spent hours in prayer pleading with the Lord to help him to know how to lead and protect them from harm's way. It was well known by all in Dalley’s battalion that when the flag was raised at his tent, he was in prayer and communication with God and that he was not to be disturbed.

Regarding that terrifying attack in 1951, Dalley later said on CBS Evening News with Edward R. Murrow: "For moments I supposed I was almost dazed, then instinctively my thoughts turned to God, and I knew that our safety was in the hands our Maker. I humbly asked for help. . . and I feel sure that I was guided by a Supreme Being."

These young Latter-day Saints of the 213th National Guard Battalion became well known for their exactness and intelligence even before shipping out to Korea. Their initial training was held in a military training camp in Washington state. In their training, they were assessed and ranked as “Best in the Business,” the most consistent and accurate of all the battalions to come through that camp. Most other groups trained there were sent as “backup” to other non-combat locations in the US or Germany; but this battalion was sent directly to Korea because of their diligence in learning and executing exactly as they had been taught. A year later, this battalion was awarded President Harry Truman's "Presidential Unit Citation" for extraordinary courage and heroism under extremely hazardous conditions.

Last year, a monument dedication ceremony commemorating this event took place in South Korea, and a special delegation of military, government, and other leaders from Southern Utah attended the ceremony as the new monument was installed.

Colonel Dan Roberts, formerly of the 213th Battalion, said: “When the Utah delegation returned to Korea for the first time since 1951 and they saw the beautiful, modern city of Seoul, tears filled their eyes. They couldn’t have imagined this complete transformation from the wreckage of 1951 to this shining magnificent new city of Seoul. They called it a testament to the fruits of the liberty they fought for so many years ago.” 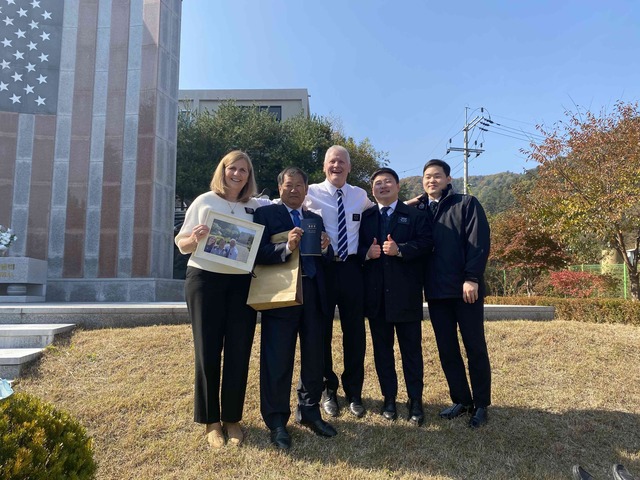 As current mission president couple of the Korea Seoul Mission, we wanted our young Korean missionaries to know of this miraculous stripling-warrior-like effort that helped to keep their country free from North Korean tyranny. We took a P-Day and headed out to Gapyeong, located two hours northeast of Seoul. On our visit, our missionaries had the opportunity to meet with Choi SeungSung, the Director of this National Korean War Memorial. He said that this Mormon Miracle was one of the most heroic and pivotal battles of the entire Korean War; one that helped to turn the Korean War in favor of the Allied troops. He loves the Latter-day Saint soldiers so much that he presented us with a special plaque in their honor during our visit. We, in turn, presented him with a Korean Book of Mormon, and specially highlighted the story of Helaman and his stripling warriors. He was touched as we related that strikingly similar story. 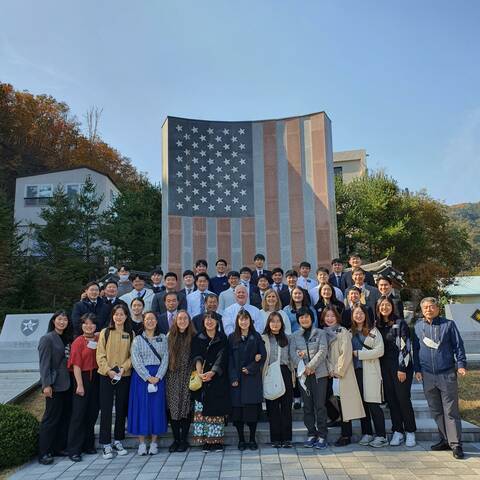 Our missionaries were very moved as Director Choi (a non-member) spoke to them of the courage and faith of the young soldiers of 1951. Our missionaries felt a deep sense of gratitude for the sacrifice made by their brothers who came here years ago, not knowing anything about Korea or the conflict happening half a world away. Many were young farming boys who simply put their faith in God and fought boldly for liberty.  The words on this rock monument took on new meaning for these young Korean missionaries: “Freedom Is Not Free.”

As we walked this sacred ground, we were overwhelmed to tears. Without the sacrifice and faith of these good young men 70 years ago, there would be no free and prosperous South Korea. We will never forget the sacrifices made, and the example set by these courageous young men. The plaque on their monument seemed to say it all:  “We will remember you forever.”

Story written by Brad Taylor based on information from the following:

Lead Image and other historical photos courtesy of the US National Guard. Other images courtesy of President Brad Taylor.

Note: The Utah National Guard, of which the 213th Battalion was a part, has its roots in the Nauvoo Legion. Read more here.