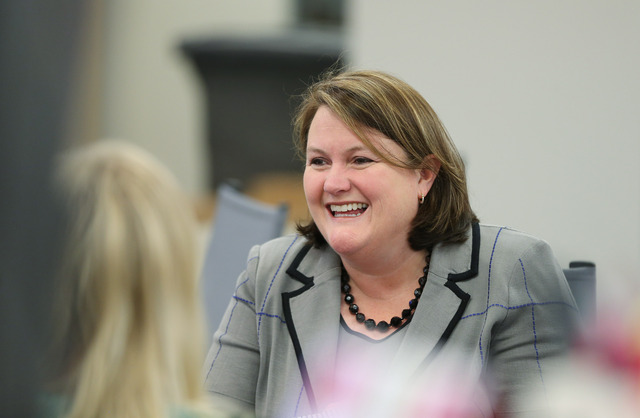 Sarah Jane Weaver, Church News editor, remembers exactly what she was doing on November 5, 2015. At the time, she was near the 600 South exit on Interstate 15, driving near Salt Lake City, when she got a phone call from a coworker.

“My coworker spoke quickly. I could tell he had run to the telephone,” she wrote years later in 2019. “He did not have all the information but had heard that the Church would ‘not bless or baptize children of LGBT parents.’”

She pulled over and found a news article on her phone confirming what her coworker had heard. On this week’s All In podcast, Weaver shared more about this experience and what it taught her about approaching questions faithfully.

Listen to the episode here or in the player below. You can also read a full transcript here.

Morgan Jones: Sarah, I think one thing that you have had a unique glimpse [of] is just how much Church leaders care about the members of the Church, and how hard they're trying. And so I wondered, what do you wish people who have faced questions or doubt understood about Church leadership? And how has working with them shown you that they are truly directed by God? And I will preface this by saying one of my favorite things that you have ever written was the piece that you wrote about the policy change. And I thought that was such a great example of approaching questions and doubts. So if you feel comfortable sharing any of that, I think that'd be awesome.

Sarah Jane Weaver: I'm totally happy to share that. It is interesting—when I started my career, I knew I was going to take the job at the Church News, but as we always do, we go to people we trust and love and respect for some advice and direction at those sort of hinge points in our lives. And I went to a professor of mine at BYU, and I asked her about a career at the Church News. And her response has been burned in my memory because she said, "Well, I hope you have a testimony of the Church because if you work there, you're going to need it." And what she was saying turned out to not be true at all.

But she was saying that as you get closer and see the inner workings of the Church, it will cause you to question your faith. And actually, the opposite on every front has happened. As I have seen and gotten to know the people, both the leaders of the Church and the employees of the Church, and Church members worldwide and what they sacrifice and what they do for the Church of Jesus Christ, my testimony has been strengthened in really, really profound ways.

Now, that doesn't mean that I personally haven't also had moments of question or pause. And I did write about that. One of those came the day that the Church released the policy on blessing and baptizing the children of LGBT couples. And a member of my staff called my cell phone, and I still remember where I was driving on the freeway and said, "Have you heard this?" And I said, "I don't think that sounds quite right. I bet you've got some bad information." And I pulled over, and I read the statements that I could find online. And I immediately called my husband. And I still remember what I said. I said, "For the first time in my life, the Church feels unfamiliar to me.” There was something about the Church that had always felt so familiar that [now] felt unfamiliar. And, you know, we cried a little, and I remember, we just said, "Let's just put this in a box. Let's just put this in a box until we have more information, more understanding, more insight, till we've been able to pray about it, to fast about it, to ask more questions." And so that's what we did.

I said, "Okay, I'm gonna put this in a box." I called it a "theoretical box." And then I actually went back to the office, and I personally authored the Church News article on that policy. And in coming days, I learned a lot about that policy and that it was motivated by love. And I was able to interview some of the Church leaders who were able to share some of their motivation. And then as we all know, a few years later, President Russell M. Nelson gave a historic address to BYU students where he also talked about the motivations behind that policy, and why the policy was ultimately reversed.

And he gave us such a profound guide to learn how to deal with things whenever we have challenging questions, you know? And so that right there was what was so interesting for me, because we learned from President Nelson sort of how to deal with things, and he asked us to deal with things by studying things that we knew to be true. And I remember listening to him talk and thinking, “Well, these are truths that I do know. I do know that God loves me and that I'm His daughter. I do know that eternal laws direct my life.” And President Nelson talks a lot about laws. We were on a trip in Brazil, and he was doing an interview in Brasilia, Brazil, and he talked about how laws govern everything, including Scrabble. And that if he follows the laws of Scrabble, he can always win. And that is a good way to look at things. And he talked about that in that historic address—he said, "Eternal laws direct our life."

And he gave us a promise in that. He said, "Great blessings and happiness come to us as we live by those laws." And he said, "The prophets and apostles are always going to promote those laws." And ultimately, he said that we, as a church, can know all those things for ourselves. So I think the piece that you talked about—I said the thing that was most profound about me listening to a prophet talk about laws and love, and how the brethren feel about each of us, and how our Heavenly Father feels about us, is that maybe I don't need a box anymore. Now, that's not to say that that's not a good philosophy. I think it is when we have questions, when we have concerns—sometimes if we just table those until we can get a little more information, then the outcome or the way we feel about them may change over time.

Morgan Jones: Yeah. Well, and I think that it's important to realize that when we talk about putting things on a box or on a shelf or whatever, we're not saying just put it away and don't worry about it. The process is to continue to seek more information, to pray, ask questions, kind of to do the homework with it. We're not just saying, "Just don't worry about it." And I think sometimes that's the way that people think about something like that. And of course, we know that that policy was eventually changed. And so, time has a way of changing things as well.

Morgan Jones: Yeah. I think that it's important to recognize those sweet families—and that was actually one of my favorite parts of that talk too—but those sweet families who took the time to write and express their thoughts and things, I think that's so important to recognize that the brethren, the leaders of the Church, are also willing to receive feedback and then take those things to the Lord. And I think sometimes we kind of frown upon offering any kind of feedback but thank goodness that those families did.