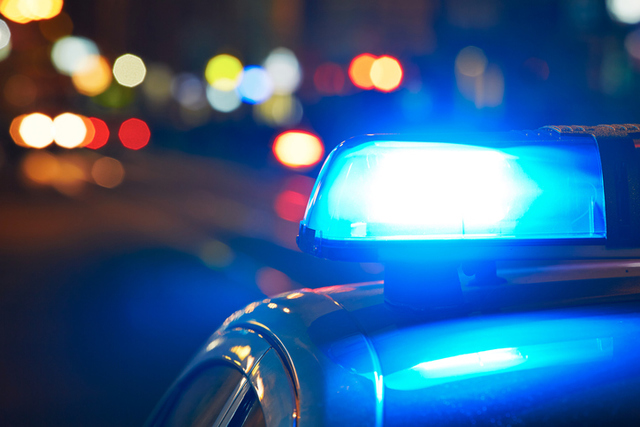 “When You Stopped Me, I Planned on Shooting You Dead”—What Saved One Policeman’s Life

Verdi was working the graveyard shift. He was relatively new to the police force—only two years in—and on this particular night, he was alone: no partner and no immediate backup.

At around 2 a.m. he noticed a car that was swerving and having trouble staying in its lane. He performed a traffic stop, and, per standard nighttime procedure, he called in the plate.

As he was approaching the car, Verdi felt a feeling—a warning.

“There are times when—this was an example—when you walk up to a car and there’s a little something on the back of your neck that comes up,” he said in the latest episode of This is the Gospel, “and then you know something’s up here, and you don’t even know what it is. And I experienced that a lot and I believe that that was the Spirit, saying, ‘Hey, be careful here.’”

In that moment, Verdi had a choice to make. He assumed the driver was falling asleep or drunk, and Verdi says, “It’s very easy to get cynical because you are in touch with people in the most embarrassing, difficult times of their lives.”

Being disrespectful or condescending would have been easy in this situation.

He instead chose to treat the man with respect.

“I just walked up to him and said, ‘Hey, I’m just checking on you. This is a little welfare check to make sure you’re okay. . . . Are you awake? Are you doing okay?’”

After taking the man’s driver's license back to the patrol car, Verdi was informed by dispatchers that the vehicle was not only stolen but also that the driver was a wanted criminal.

“We identified this fellow as having a $300,000 bench-warrant out in Louisiana for murder,” Verdi said.

Backup was 20 minutes away, and waiting was not an option, so Verdi approached the car alone once again, this time knowing a murderer was waiting for him.

Listen to the rest of Verdi's miraculous story below or read a transcript of the podcast here: