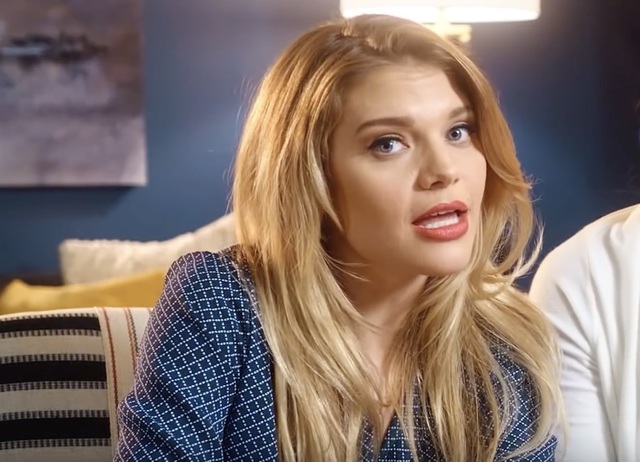 Listen: Why I Asked Mallory Everton of “Studio C” to Record a Podcast Interview About Being Single in the Church

This week’s episode of All In is the first in a two-part series about being a single adult member of the Church. I had the opportunity to sit down with Mallory Everton, an actress/comedian best known as one of the original cast members of BYUtv’s “Studio C,” who agreed to participate in what some may have considered a crazy idea.

Mallory and I are both 29-year-old members of the same YSA stake in Utah, and while I once heard her teach a very good Sunday School lesson, we didn’t meet in person until the day of the podcast recording. Based on that one Sunday School lesson, however, I felt she could strike the right balance between humor and depth in LDS Living’s discussion about this important and relevant topic.

For me, this episode is about as raw and honest as conversation gets. For a brief moment on Tuesday night, fear began to consume me and I found myself thinking, “Maybe we shouldn’t publish this episode.” I worried that people might misinterpret what we hoped to communicate (a concern that has proven to be true on social media) but ultimately, I felt that—as someone who is currently experiencing this circumstance—dialogues like these are important, and if I am not willing to speak up, who will?

As the following excerpt indicates, this discussion was never intended to be a pity party. Having said that, I do think there are some things we can do as a Latter-day Saint culture to address the feelings of discouragement that are so frequently felt by single Latter-day Saints. My goal in creating this episode was to help single adults know that they are not alone and to help those who have never been in this circumstance gain a better understanding of some of the ups and downs of being a single adult.

MJ: We should probably just clear the air and say this not intended to be a pity party, and I don’t feel sorry for myself. Most of the time I don’t, sometimes I do. Sometimes I’m guilty of that.

ME: I think everyone feels sorry for themselves sometimes.

MJ: But I think sometimes when we post things on social media or we try to be open and have this conversation, people think that they need to chime in and be like, “You’ll find somebody.” And it’s like, ”No, that’s not the reason I posted this. I posted this so that other people will know that they’re not alone in it. I posted this so that maybe you can better understand how I’m feeling, and I hope you’ll post what you feel so I can better understand how you’re feeling or [so that] we can have a conversation about it.” So, full disclosure, this conversation is not intended to be a pity party.

ME: My main reason for wanting to talk about this subject at all, partially, is for that purpose. I think sometimes when you want to talk about, “This is an interesting thing about being single,” you kind of seem like, “I’m single—I have to go to the zoo by myself,” or whatever, which is not really the point. I think you’re just, “Hey, this is my circumstance, and I’m talking about it.” And if I could achieve anything with this discussion that we’re having, it would just be to make somebody feel better about it. It doesn’t really need to be as much of a trial as we feel like sometimes. And I’m trying not to be too hard on the culture, but the culture creates a paradigm that makes it seem like more of a trial than it really needs to be. Our lives are just stock full of opportunity every single day, and if we feel like we’re not lucky to be living in middle class circumstances or around there—able to take care of yourself, able-bodied, able to use all of your senses—and you feel like being single is the main giant trial that will never get off your back, I understand. Sometimes it feels like a huge weight on me too. “Am I always going to have to do all of this by myself?” is a question I have definitely asked and would love an answer to, but at the same time, if I don’t take advantage of every single day that I have, I think that I’m going to regret that. I think in 10 years, I’m going to think, “Man, I was so young, and I had all of this energy and potential, and I had all of those great friends, and I spent some of my days really sad because I was alone.” And that is such a waste! It’s such a waste!

MJ: My cousin got married in her late 20s, and she said that it was so interesting because she said the moment that her now-husband proposed, the first thought that went through her mind was, ”I wish that I had enjoyed more being single and that I hadn’t been stressed out about it.”

MJ: It’s like, “That’s your first thought?” Obviously she’s super happy and her husband is fantastic, but that was her first thought. And so often I’ve thought about that, ”Am I appreciating it for what it is, am I embracing the opportunities that I have?” Like you said, opportunities are there every day, and if we’re there feeling sorry for ourselves, we’re going to miss them.