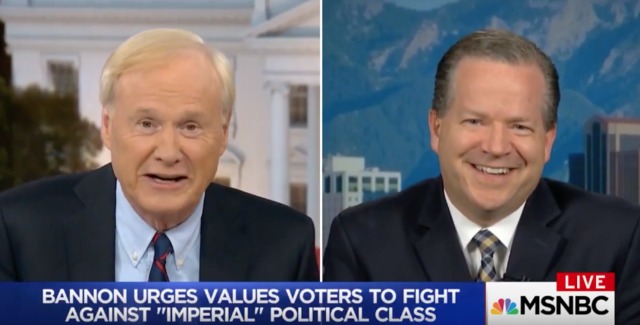 Thanks to The Washington Free Beacon for making us aware of this video.

On Tuesday, MSNBC host Chris Matthews gave an unusual compliment when he praised a guest on live TV for having a "great LDS name."

The guest, Boyd Matheson, a former chief of staff to Sen. Mike Lee and leader of the Salt Lake City-based Sutherland Institute think tank, was discussing why he is considering challenging Sen. Orrin Hatch for the 2018 election.

Matheson, a member of The Church of Jesus Christ of Latter-day Saints, was just about finished with the show's segment when Matthews gave an unusual compliment.

"You got a great LDS name, I must say," Matthews says. "Boyd Matheson, that is LDS."

Though Mormons are usually known to stand out for their standards, it's fun to see some members also stand out on live TV for their "great LDS" names.

► You'll also like: TODAY Ranks Utah's Quirkiest Baby Names—and Mormons Have Something to Do with It