Singer-songwriter Madilyn Paige recently performed on the Mormon Channel Studio video series and shared a beautiful message about gaining confidence, finding your true self despite insecurities, and strengthening your relationship with God. She performed her inspiring single "Irreplaceable" and the hymn "Nearer My God to Thee."

As a teenager, Paige competed on season six of NBC's hit TV show The Voice. She had to learn from a young age to stand up for her beliefs and standards despite the pressure to follow other's opinions about what she should sing, what she should wear, and how she should act. In an interview with LDS Living, she said: "Before The Voice I was really insecure and unsure about myself. This whole experience really gave me a lot of confidence and helped me realize what I am capable of."

When asked why she chose to perform "Nearer My God to Thee" on the Mormon Channel Studio series, she shared: "I love the message of it. . . . Something we all feel sometimes is that we're alone and we feel like God is always so far away. But He really is so close and He's always there for us." 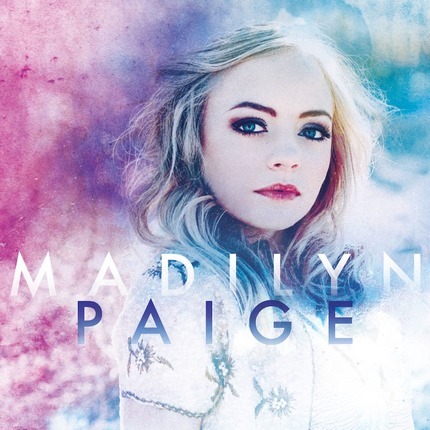 This stunning self-titled debut EP features a set of tunes notable for their raw emotion and beautiful soundscapes. Madilyn wrote or co-wrote every song on the album, drawing from her own struggles as a teenager and her heartfelt expressions of the joy she finds in life. The first track, "Irreplaceable," begins with aching introspection and soars to an assurance of self-worth; the following track, "Foolish Game," was written right after Madilyn left the TV show The Voice and gives insight into the inevitability of discouragement in life and the realization that you can rise above the games that people play. An epic movie score string section combines with powerful rhythms on "Undercover," a breathtaking song about overcoming sadness and seeking the light all around you. The final track, "Little Things," playfully reminds us that the little things in life are the source of true joy.
Buy now