One million views in less than two days--that's incredible in anyone's book, but it's something The Piano Guys achieved with their latest breathtaking video. This unique mashup, which has been taking the internet by storm, can only be described as The Piano Guys have titled it on their Facebook page: "If Mozart and Adele dated, this would be their breakup song."

Yes, the song does in fact merge the classical world of Mozart's "Lacrimosa" with Adele's recent pop hit "Hello"in an unexpected and exciting mashup.

A mashup that even captured the attention of Maroon 5's lead singer, Adam Levine, who re-posted it to his Facebook page, calling the video "awesome."

This mashup is awesome! Posted by Adam Levine on Monday, February 1, 2016

A recent article in A Plus gave The Piano Guys a rave review, saying:

"There have been many great collaborations in music history, from Paul McCartney and Michael Jackson's '80s duets, to Daft Punk and Pharrell's panty-dropping masterpieces of 21st century.

"But this collab might easily top all of them."

Do you agree? Check it out for yourself.

Also, as a nod to the Chinese New Year, check out this epic video from when The Piano Guys performed on the Great Wall! 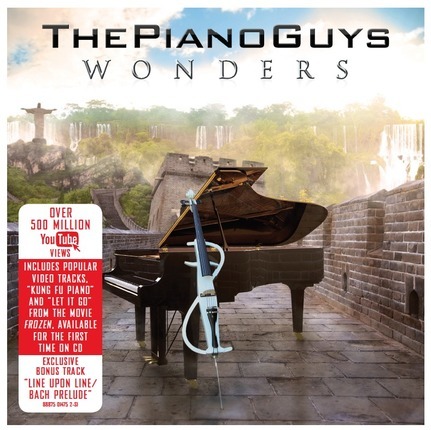 For more from the Piano Guys, check out their incredible live album, their deluxe album, or their album entitled "Wonders."