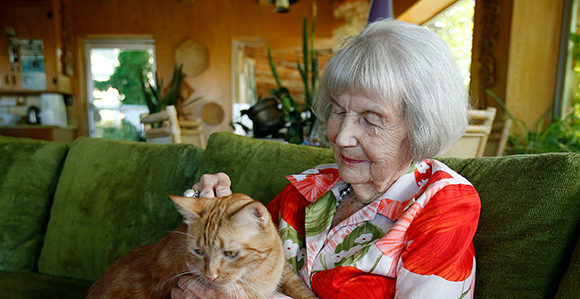 Maxine Grimm, the Woman Who Helped Open the Philippines for Missionaries, Dies at 102

What a legacy of faith and missionary work Sister Grimm has left in the Philippines.

Maxine Tate Shields Grimm, 102—whose pioneering efforts for The Church of Jesus Christ of Latter-day Saints in the Philippines helped make it possible for LDS missionaries to begin work in the nation in the early 1960s—died February 10, 2017, in Tooele, Utah.

Sister Grimm, born May 18, 1914, entered the Philippines as a Red Cross worker in 1945. A year later she married E. M. “Pete” Grimm, a U.S. Army colonel, and the couple made their home in Manila. In the following years she and her husband, who joined the Church in 1967, worked to open doors for the Church across Asia.

Sister Grimm was present at almost every important occasion that led to the opening of missionary work in the Philippines, according to an August 1997 Ensign article, “‘Faithful, Good, Virtuous, True’: Pioneers in the Philippines.” “Her home was the center of Church activity; most of the first 2,000 baptisms in Manila were performed in the Grimm swimming pool. Sister Grimm played her portable pump organ, which she had transported throughout the war, at many Church meetings and special occasions.”