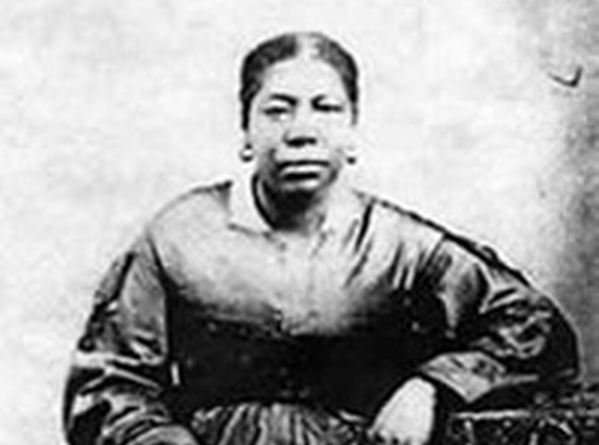 MR says: What an extraordinary life which influenced those of Joseph Smith and Brigham Young and was filled with adventure, devotion, faith, and the will to overcome.

Thousands of new converts arrived in Nauvoo with eagerness and anticipation in the early 1840s. But probably none came with more urgency than the exhausted band of nine black Saints who entered the city late in 1843. 1 They were led by a free black woman, Jane Elizabeth Manning, and had walked over 800 miles.

They could not know, however, that Nauvoo would be a temporary stop. The respite there would be broken when Jane, with the body of the Church, would be driven from Illinois. She would endure the hardships of pioneer life to become part of the first black community in the Salt Lake Valley.

As the nine travelers made their way through Nauvoo in 1843, Orson Spencer was kind enough to direct them to the home of the Prophet Joseph Smith. Jane’s “Biography” records the events and conversations of her first meeting with the Prophet’s family.

As Jane and her followers neared the newly completed Mansion House, they saw a tall, dark-haired woman standing in the doorway. “Come in, come in,” 2welcomed Emma Smith, who guided them into the house. The Prophet gave a warm greeting and placed extra chairs around the room for his new guests, and for Emma, John Bernhisel, and other members of the household. After a round of introductions, Joseph Smith took the chair next to Jane.

“You have been the head of this little band, haven’t you?”

“God bless you! Now I would like you to relate your experience in your travels.” The Prophet sat back to listen.

No one came to Nauvoo without a sense of adventure. Even the act of joining the Church demanded courage. But the account Jane gave to the Prophet about her life, conversion, and refusal to be defeated when she met prejudice and hardship was indeed unusual.