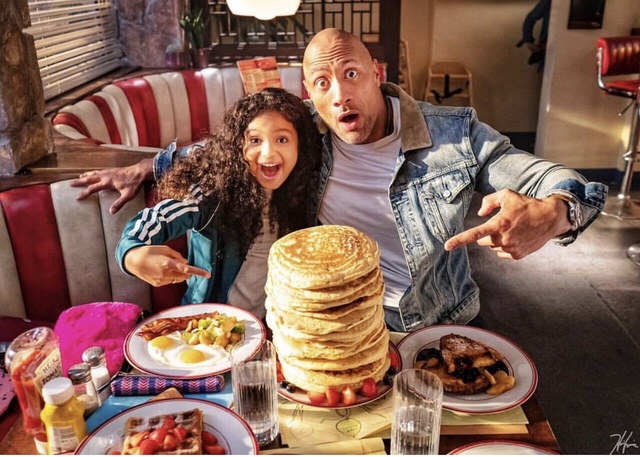 Eliana Su’a does resemble the Disney animated character Moana. There is no denying it. But on the set of Fast & Furious Presents: Hobbs & Shaw, where Eliana was starring in her first major motion picture as Sam, the daughter of Dwayne “The Rock” Johnson, the popular Disney movie came to life. It all started when Hollywood sweethearts Ryan Reynolds and Blake Lively brought their daughters on the set of the film while Reynolds was filming a brief cameo appearance. Their daughters, who are both under the age of 5, began following Eliana around the set saying, “Moana, Moana!”

“But there was this cool part [that] just kind of showed Dwayne Johnson’s personality,” Melissa Su’a, Eliana’s mother recalls. “He just makes people feel comfortable and at home, so then Ryan goes, ‘Oh my gosh, there’s Maui.’. . . And so he [Dwayne] starts singing, middle of the scene just in between, he starts singing for them.” 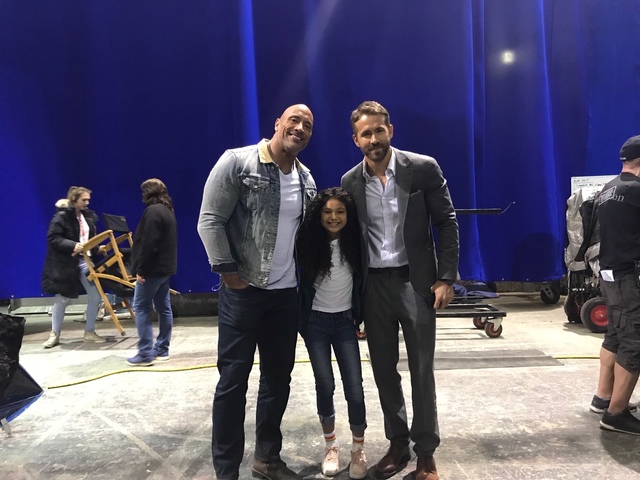 It is one of the many memories that 11-year-old Eliana will carry with her from the set of her first big acting role. Despite being very young (she just started middle school), if you listen to Eliana speak, you would think she was a longtime pro. Part of this may be attributed to the fact that her dad, Justin Su’a, is a mental skills and leadership coach for professional athletes, and it is clear in talking with Eliana that Justin has instilled mental toughness in his children.

Her mother, Melissa, remembers Eliana performing a dance routine to Michael Jackson as a child and recognizing then how much Eliana loved being in front of the camera.

“She’s one of those kids who would always put on little shows, stuff that a lot of little kids do, but we were just like, ‘There’s something extra about her,’” Melissa says with a laugh.

When Eliana was 8 years old, her friend Jack was cast in an orange juice commercial, and as Eliana saw the commercial air time after time, she told her mom she wanted to “do what Jack was doing.” After doing some theater work and being cast in short films, last summer Eliana traveled from her home in Florida to Los Angeles where she joined an agency and auditioned for various roles before being cast in Hobbs & Shaw.

“I enjoy being in other characters’ shoes,” Eliana says when asked why she enjoys acting. “Seeing what their life is like, seeing what they do, and also putting smiles on other people’s faces when I’m acting and just meeting new people on set. Just being able to talk to them, have a conversation with them, and get to know them. And also, I love memorizing lines.” 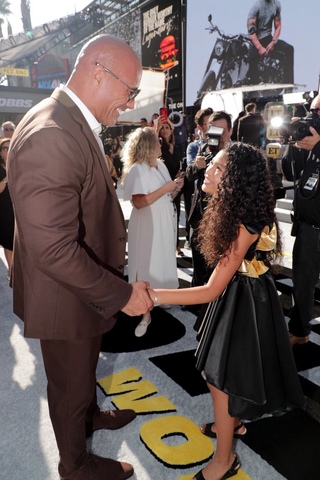 When asked about the similarities and differences between her and Sam, the character she plays in the film, Eliana replies, “Sam is very inquisitive. She wants to know what her dad is doing all the time. She’s a daddy’s girl, and she’s also strong-willed like her dad. I’m also a daddy’s girl and I’m also curious. I always want to know what’s going on. She can be a little sassy, and I would say if I’m sassy, I’d probably get in trouble. And oh, I didn’t mention this—she’s also a Game of Thrones fan. I’d never heard of the TV show and movie. I don’t know what it is.”

The role gave her an opportunity to work with some of the biggest names in Hollywood, including Johnson, Reynolds, and Jason Statham. She was also able to work with director David Leitch.

“We had to do a quick script change where they had to give me another script, and I had to memorize really fast. I memorized, and he was like, ‘You remind me of Kevin Hart. He can memorize lines so fast,’ and that was really cool for me because that was the biggest compliment I’ve ever gotten, because Kevin Hart is one of my favorite actors,” Eliana says.

The role took her to London, but it also took her to Hawaii, as a significant part of the film highlighted Polynesian culture. While Johnson is Samoan, Eliana was the first Samoan to play his daughter in a film. When asked if she had an opportunity to share her faith on set, Eliana said that Johnson asked how her parents met, and she told him they met at BYU before explaining that they are members of The Church of Jesus Christ of Latter-day Saints. He replied by telling her that he has some family that are members of the Church.

Eliana says she recognizes the importance of standing as a witness of God. When asked what this means to her, she replied, “Everything I do and say matters. . . . It’s important to serve. It’s important to be a missionary to others and to be kind to everyone because I know that everyone is a child of God.”

Photos Courtesy of the Su'a Family.