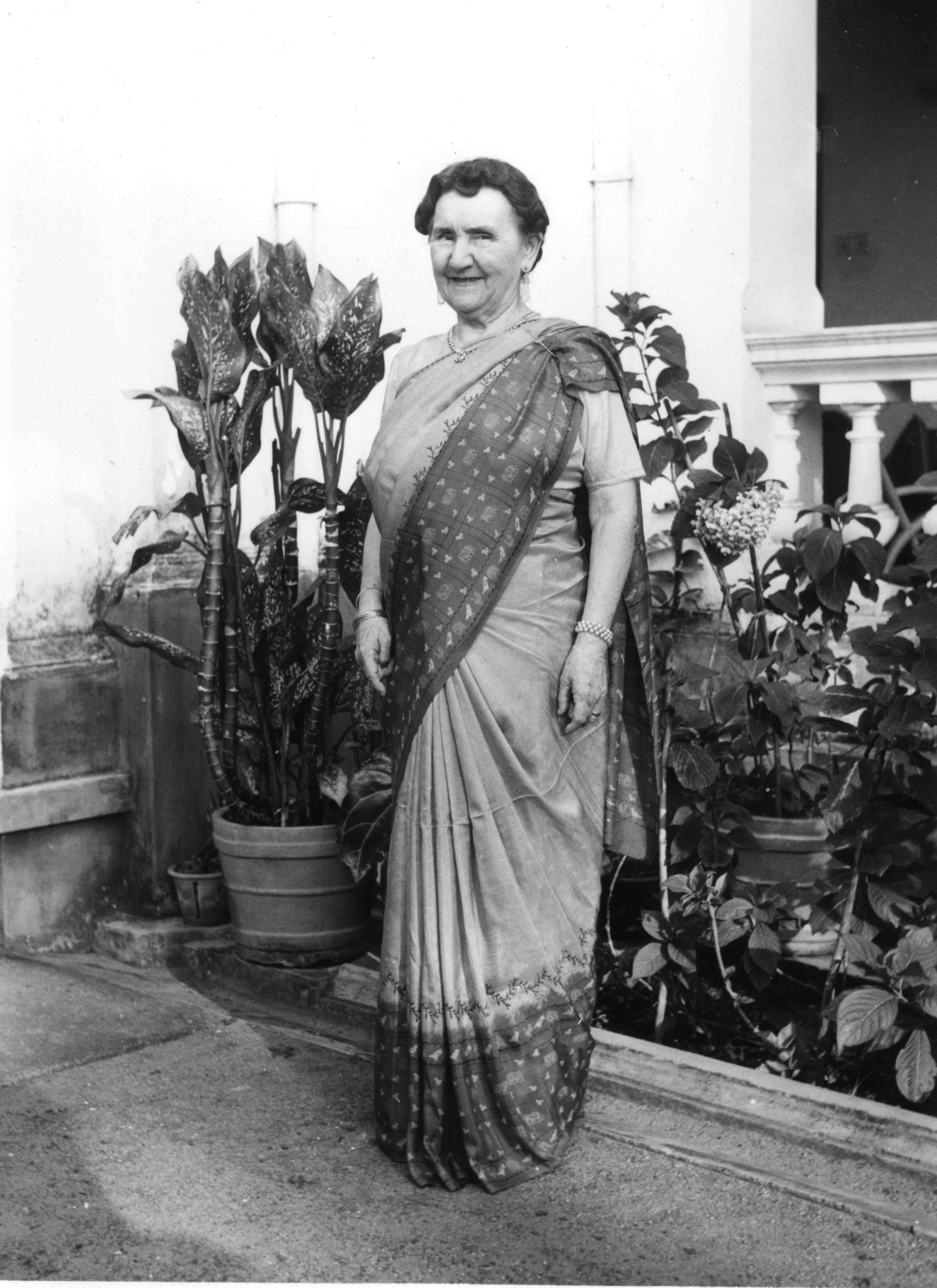 Jeannie Simpson Bleakley was living on the island of Ceylon (now Sri Lanka) when she received a letter from her old friend Marion Spence Rothwell back home in England. Marion, a young war widow, had rented rooms to two young American men, and while they were moving in one had said, “I think we ought to tell you we are Mormons.” Marion thought that she “would die of fright, and wished she could crawl under the couch or somewhere, and hide.”

Jeannie knew how she felt. Shortly after her own marriage in 1910, she found a Mormon missionary pamphlet left at her old home in Manchester. “I was so scared,” Jeannie remembered, after all the stories she had heard about English girls kidnaped by Mormons and shipped to harems in Utah. “I decided to keep the front door closed in [the] future, or maybe my husband would arrive home one evening and find I had disappeared.”

But the Mormons hadn’t caught Jeannie then, and she went safely with her husband James to Ceylon, where she focused on raising her four young children. When the two oldest boys were young teenagers, Marion took them back to England to enroll them in schools there. Jeannie called on her friend Marion and met the young missionaries living there. “Elder Renalds started by telling me about Joseph’s first vision, and subsequent ones. I knew there and then that the message was true – but I didn’t want to become a Mormon. Oh, no! My friends in Ceylon would laugh at me.”

But she accepted the elders’ invitation to attend a meeting the following night, and met James E. Talmage. “To this day I would never doubt a statement of his. He was immersed in truth.”

There was barely time for Jeannie to write for her husband’s permission to be baptized, or for an answer to reach her before she was to sail away from England and the priesthood, but James did send his permission, and it did come in time. Jeannie was a baptized Latter-day Saint when she returned to Ceylon. She had been right to expect laughter from her friends.  “So you’re a Mormon,” they said. “How many husbands can you have now?”

But Jeannie was not intimidated – not then, and not later that summer when the leading English-language newspaper, the Ceylon Times, reprinted an English article about an invasion of Europe by 10,000 Mormon missionaries, intent on obtaining boatloads of women to ship back to the harems of Utah. Jeannie wrote to the editor of that newspaper, who printed her letter – the first Latter-day Saint writing to be published in that place.

“I have met boys of 19 years who have interrupted their studies at the Universities, and also an old man of 80 years – a Manchester man who was on his third mission to England, he having lived in Utah for 55 years,” Jeannie told the editor. “They go on two-year missions when called upon by the Church, entirely at their own expense. ... They are tolerant of all creeds and sects. The Bible and the Book of Mormon (a new witness to the truth of the Bible) are two of their four standard works.”  And Jeannie went on to give a brief account of the coming forth of the Book of Mormon, and its contents, and the mission of Joseph Smith.

Along with her letter, Jeannie sent copies of the Millennial Star containing a refutation of the claimed invasion of Europe. The editor considerately condensed that information.

Jeannie did not have an easy time convincing her own family of the truth of the Gospel. Her oldest son John, in England, was baptized in 1932; her daughter Joyce, who returned to England in 1937 to attend university (she was a gifted pianist and dancer), was baptized in 1939. Jeannie’s husband and two younger sons did not become members.

Jeannie remained faithful through long years without contact with other Saints, except for the letters she exchanged with James E. Talmage and later with John and Leah Widtsoe. Her grandchildren remember her telling them of visiting the docks at Colombo when ships came in from far-away places.  She would ask if there were any sailors aboard from Utah – because there was a chance that such a sailor was a Latter-day Saint, and a priesthood holder, and maybe Jeannie would have the opportunity to take the sacrament that year.

Dark days came during World War II. Jeannie’s son Robert was captured by the Japanese in Malaysia; it would be years before Jeannie received confirmation of his death. Jeannie’s youngest son Deryk was killed in an aircraft accident in South Africa. Her oldest son John fought with British troops through Europe. And daughter Joyce married an American serviceman stationed in England and moved to the United States. Jeannie’s faith wavered during those years, especially before she learned that Robert had died. But timely letters from Latter-day Saint friends abroad reminded her of the testimony she had borne in earlier years, and Jeannie clung to those memories.

The war ended, and Jeannie was reunited with John. Jeannie and James visited the United States, where Joyce was living; Jeannie met President David O. McKay on one of those visits.

In 1959, while Jeannie and James were sailing back to Europe, James became ill and died. Jeannie went to live in Northern Ireland where her son John, a doctor, had settled to raise his own family and to be a local Church leader. In 1961, Jeannie went to the London Temple, where son John stood proxy for his father. Jeannie died in Bangor, Northern Ireland, in 1985, at age 99.

LDS missionaries touched lightly at Ceylon in 1853; the Church’s next official contacts on that island did not occur until the 1970s. Midway in that long period of official absence, Jeannie Simpson Bleakley lived and taught the gospel, a lone member of the Church on an island filled with many millions of people.

Ardis E. Parshall is an independent historian of Utah and Latter-day Saint history. She lives in Salt Lake City, and teaches Gospel Doctrine in her ward. She blogs at Keepapitchinin, the Mormon History Blog. Her current project is a book entitled She Shall Be an Ensign, a history of the Church told through the lives of its women, like Jeannie Bleakley. To pre-order a copy of that book, please visit and back her Kickstarter. Learn more below: