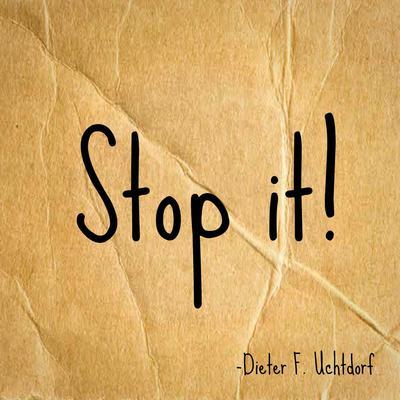 Memorable Sermons from LDS Leaders in Fewer than 10 Words

The video was based on President Uchtdorf's April 2013 general conference address titled "The Merciful Obtain Mercy." It encouraged viewers to actively stop bullying and show mercy.

The video and President Uchtdorf's talk demonstrated how short sermons can be powerful reminders and motivators.

Here are 30 quotes from leaders of The Church of Jesus Christ of Latter-day Saints that provide powerful messages in fewer than 10 words.

Sister Julie B. Beck, then the Relief Society general president, shared this quote during the October 2009 general conference.