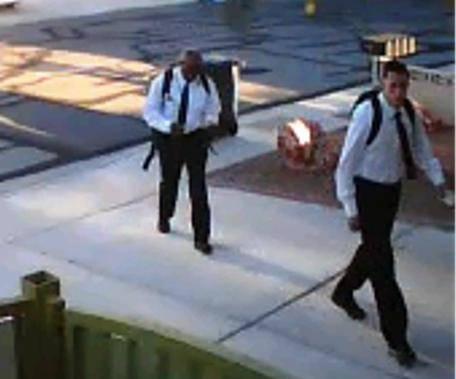 Police here are looking for two men who allegedly robbed a man while posing as Mormon missionaries.

On June 27, 2013 at approximately 6:20 a.m., two men wearing white shirts, ties, dark pants and wearing backpacks, knocked on a man's door and wanted "to speak to him about religion," according to a statement from the Las Vegas Metro Police Department.

After talking to the men for five minutes, the victim was "jumped and punched," held at gunpoint and robbed, police stated.