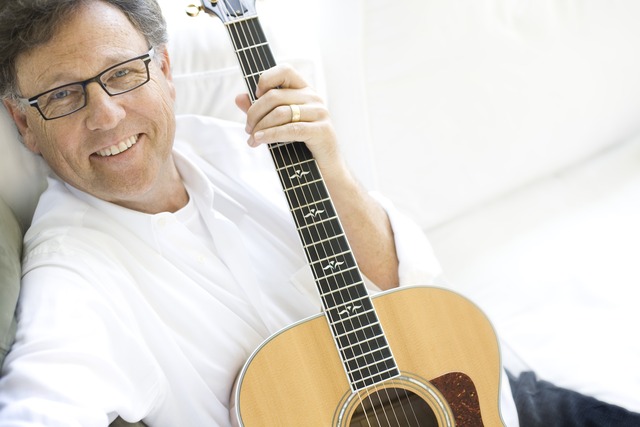 LDSL: What do you think it is that makes this show so special?

MM: The show was evolved and changed a little every year since it began, and the audience has grown. My gratitude is for the people who still let it become a tradition, even though it has evolved. You’re kind of walking that line—how do we preserve the heart of the show, and how much of these people are coming to see it because they are fans of Michael McLean, they come each year to see “this guy who’s not much of a singer but he connects with me, to see him sing these songs, and cry on stage because he is sincerely kind of a big boob—that’s who he is—and we kind of like that guy. He’s not good looking he’s not talented in those ways.” And that’s what people have said to me: they don’t come because I’m this great thing, they come because what this is about them. It isn’t about me. Each one of those carols is about them. They’re the person who was too busy; they’re the innkeeper who turned away Joseph and Mary; they’re the person who sang “Mary let me hold her baby and I’m reborn”; they’re the ones trying to find their way; they're the fathers trying to connect with their kids; they feel homeless and lost. The show is about, in a veiled way, their connection with the King of Kings and Lord of Lords.

What is absolutely true—and shocks me that it continues to be true—is that every night that I do this I learn something. I’ll be listening to these songs I’ve sung for 20 years and think, “Oh my gosh, I think this song means that. Oh my heavens! I think this means that. And it’s extraordinary. I will hear a line or I will see something take place and I will be astounded at how deeply I will be moved. Things about my personal life that I need to know to help me through a crisis. Things to help me through my faith that has been shaken. Things that help me realize that I’m having a Connie Lou moment. There are a lot of things about the gospel that are easy to explain, but there are a whole bunch of things I still don’t get. Am I willing to suspend my disbelief long enough to trust that maybe things that don’t make sense could be true? And I think of that, and I think of the things that are being said and you know, maybe in the end, I don’t feel like I own The Forgotten Carols. I just heard them first. And I’m kinda passing along what I heard. But I heard them because I needed them. I think God made me a songwriter because that’s how he talks to me. That’s the way he sends signals that he really exists, that he really sent his Son, and that he really loves me.

One of the things about The Forgotten Carols that I don’t know if people pick up on—but that I really notice—is this: ALL of this was about one person. The fact that a guy over 2,000 years old would make sure that all those ornaments would tie into all those songs that could be shared with some others, but it was really meant for Constance Louise Chamberlin. She gets all the ornaments at the end. Why? Because every ornament was meant just for her. And we think that Jesus came to save us all and we think, “Well, I’m glad I’m in the group of 'all.'” But we don’t think, “He only came for me.”

But all of this—the suffering in Gethsemane or the saving the ornament, the making the cradle and bringing it to you at the one time in your life that you might believe that a guy who claims to be alive 2,000 years would love you so deeply that he would bring you the song your father wanted you to hear that had been forgotten, all of this—that took 2,000 years to orchestrate—was done just for you, Connie Lou. And I have given you a new name.

And I don’t know whether people ever will think of it that way, but that’s the way I think of it. And that’s the way all the little subliminal things keep coming back to go “Oh my gosh! I just thought I was writing what the subconscious was spitting out after working on it all night.” What I realized was that not only that subconscious but that part that’s connected to the divine said, “Here’s some lessons and some observations and some insights I would love for you to get year after year after year, Michael. And the reason you’ll get them is because people will be nice enough to buy tickets so you can afford to get on stage to tell yourself the story that you most need to hear.”

Follow the links to learn more about the DVD of The Forgotten Carols or the 20th anniversary CD.