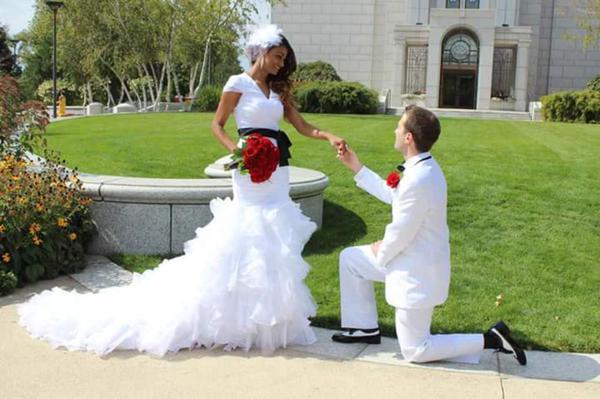 Wilmara Valentin Pierce had been walking for hours when she came across the sign that said “Visitors Welcome.” In an attempt to distance herself from the chaotic life of downtown Sao Paulo, a city she called the “New York” of Brazil, the young model was searching for a new place to live. She was also searching for a fresh start.

Pierce took the words of the sign to heart the following week and entered the doors of The Church of Jesus Christ of Latter-day Saints. Those steps led her to serving a mission, getting married and packing her bags to move more than 6,000 miles to a new home in Provo, Utah, as she shared her experience with the Deseret News.

Pierce, 26, was named Miss Utah Model International in Salt Lake City in October 2015. Modeling, however, was not her first career choice. Prior to moving to Sao Paulo when she was 19 years old to launch what she hoped would be a successful modeling career, Pierce spent three years training to be a pilot in the Brazilian Air Force. Following a spiritual prompting, Pierce decided to pursue a different path and moved almost 500 miles from her home in Belo Horizonte to Sao Paulo.

It was during her first few years in Sao Paulo that Pierce said she “got a little lost.” Having been raised by parents she described as strong evangelists, she had a difficult time adapting in a city where the lifestyle was practically opposite from anything she had ever known.