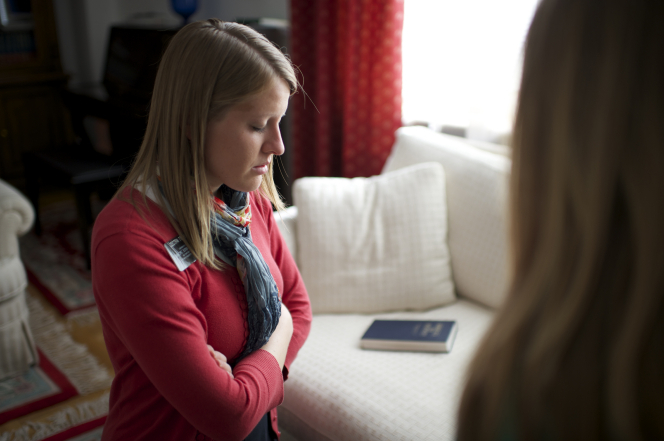 I have had the privilege of serving as a psychiatrist for forty years.  They were years when psychiatrists did both medications and therapy, so I knew my patients more intimately than I knew my friends.  During thirty-five of those years, I often took care of missionaries who needed psychiatric help in the Washington, DC, North and South missions.  It was interesting to see the variety of personalities in the missionaries I met, and I learned that the Lord needs many kinds of missionaries to teach the many kinds of people that walk the earth.

One of my favorite stories was shared by Matt Schults.  “I was sent to Switzerland where I served for six months.  I was transferred to Germany and thus had to apply to their government for permission to stay there.  This was usually a routine matter, but I was stunned when the mission office lost my papers, something that had never happened before. The time limit had expired by six days, and in spite of lawyers’ efforts, my papers were stamped “Deported.”  The first presidency of the Church confirmed that I needed to return to the United States.  I had to leave the next morning.

I packed all night and got to the airport at 4 AM.  I was very calm and felt that this was what I was supposed to do.  I was on my way to Wisconsin to finish my mission, but as the long flight droned on, I hit a low point.  I was exhausted and began to doubt why this was happening.  I went to the bathroom at the back of the plane, passing the empty stewardess chair.  When I emerged a few moments later, a man was sitting there reading.  He looked up at me and said, ‘Are you coming or going?’  I looked puzzled, so he continued.  ‘From you mission. You are going to Wisconsin.  The Lord needs you there, and because you are obedient, you will find your purpose there.’  He rose and walked to the front of the plane.  It was the last I saw of him, but his words of comfort hung in the air like a blessing.

After four months in Wisconsin I became a zone leader.  My companion and I had taught a conference and were ready to leave, but I felt prompted to go to the bathroom.  Forget it!  I didn’t have to go.  The prompting came again.  It was annoying.  I really didn’t have to go.  It came the third time, strongly, so I went back into the building to find the bathroom.