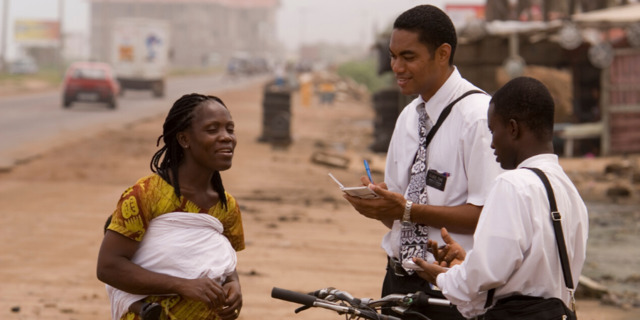 Missionaries Serving in Non-Native Regions in Africa to Be Reassigned

Editor's note: The Church of Jesus Christ of Latter-day Saints has updated its press release with information regarding missionaries in Africa, two missions in the Europe East Area, and the Micronesia Guam Mission.

The Church is taking steps to reduce the number of missionaries in areas where coronavirus is of particular concern. These steps give mission presidents more flexibility to ensure missionaries are effective and safe and that there is adequate space to house missionaries if they are moved out of cities where there are greater concerns about infection.

Young missionaries with health issues and senior missionaries may be released from service. These exceptions apply to the following areas:

Missionaries who are not native to certain locations will be returning to their home countries. This instruction applies to the following locations:

Prospective missionaries who are preparing to serve in certain countries or who come from those countries will either postpone their start date or receive a new temporary assignment. This update applies to the following locations: