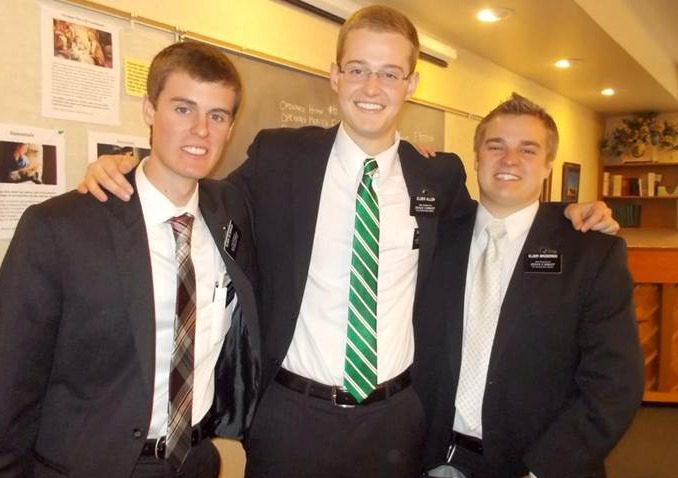 Missionary Moment: The Man Followed Us Down the Street

This week in the Wisconsin Milwaukee Mission was intense with some special finding experiences. On Tuesday we only had two appointments scheduled, which left us with about 6 straight hours of tracting door to door. It was very difficult. We shared a few messages on doorsteps but NO ONE wanted us to come back. In fact, most people were strangely rude.

For example, one man was waiting for us outside in his front yard when we reached his house. He scolded us for nearly a half -hour and accused us of preaching false doctrine. I politely told him that he was wasting our time and we had to leave.  He replied, “No problem, I will walk with you!”  I didn’t think he was serious, it has never happened before, but sure enough he walked with us as we tracted the entire street to make sure no one would invite us inside. Only one person was home and when they answered, before I could even introduce myself, the man that followed behind us quickly screamed, “Sorry, ma’am, these are Mormons here attempting to share false doctrine with you, so I suggest that you just close your door as soon as possible!” I couldn’t believe it. We eventually managed to run away from him after a while.