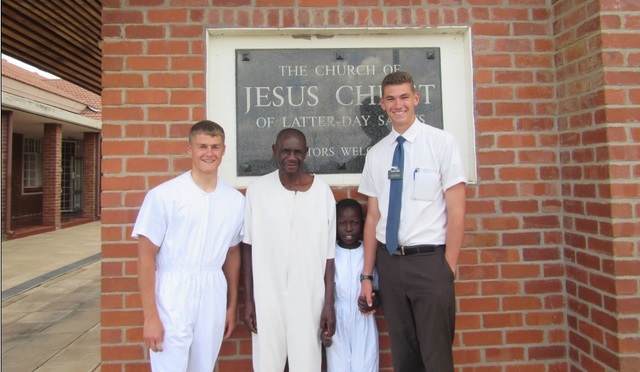 Missionary Writes Powerful Letter to Family of Companion Who Returned Home Early, One Every Mormon Needs to Read

The following is a letter we've republished with permission from Elder Cameron Condie and Elder Cayden Cazier's family:

My name is Elder Condie. I'm serving in the Zimbabwe Harare Mission, and for the past two and a half months I have had the blessing of serving alongside Elder Cayden Cazier.

From the time of our childhood, we young men in the church are pelted with a barrage of counsel, direction, and guidance from leaders, parents, and friends about the importance of serving an honorable full-time mission. We sing songs in primary like, "I hope they call me on a mission," "I want to be a missionary now," and, "We'll bring the world his truth," and participate in Sunday school, Priesthood, and Mission preparation lessons all centered around the message of honorable missionary service.

With unrestrained zeal and determination flowing through our bodies, we set off into the world. Dreams of contacting thousands and baptizing hundreds fill the minds of every new Elder or Sister, and for many, the first 3 weeks of the MTC bring the anxiety to get into the field to an almost unbearable level.

Then something interesting happens.

The cushy, relatively safe environment of the MTC is ripped away, and missionaries are thrown headfirst into a strange, brutal, harsh new life. Rules are strict, companions are obnoxious, schedules are tight, food is bad, living conditions are rough, bugs are atrocious, new illnesses catch hold, and initially..... We grin and bear it. We bite the bullet and get to work.

But slowly, things begin to change.

For many, exact obedience is the first thing to go. Missionary life is tough, and in order to cope with such demanding expectations, some Elders and Sisters drop their standards.

"So we don't leave for the area until 2 or 3. Worse things could happen."

As the months drag on, and things don't seem to improve, other things start to slip on the list of priorities.

Eventually, some of these Elders or Sisters will obtain one of two titles.

Tired usually refers to someone that wasted all of their energy in the initial 6-12 month sprint, and now runs the race in a pitiful half effort stupor.

Dead missionaries . . . they've just laid down on the track and have no motivation to get back up again. They're a barrier and a burden to those who are still putting in their best effort.

In this church (especially in Utah) there is a certain level of unnecessary judgment, ridicule, and shame directed at those who, for one reason or another, are forced to return home early from their missions. The reasons behind the return are diverse, and range in anything from depression, to unworthiness, to homesickness, to disease, to same-sex attraction. Regardless of the circumstances behind the return, a destructive mindset is often found lurking within the walls of the local ward. A mindset that peeks its ugly head out of its hiding place with comments like:

"Oh... they didn't have enough faith to stay out on their mission."

Or the more self-righteous,

"I stayed on my mission, and my sickness was WAAAY worse. I don't know what he's complaining about."

The tragic thing about these comments is the sources from which they stem. These aren't apostate non-believers or peanut gallery outsiders we're talking about, rather, we refer to tithe paying, covenant keeping, temple-attending members of a church which professes to follow Jesus Christ. I have witnessed bishops, stake presidents, young men and young women leaders, parents, siblings, and friends react, in this moment of needed love and support, not with love or understanding, but with judgment and disdain. There are many young women that have dreams of marrying a, *air quotes* Return Missionary *air quotes*.

When they learn a young man returned home early from his mission, honorable release notwithstanding, the responses I've heard aren't much better.

"Sorry, I'm looking to marry someone with a little more faith..."

Elder Cazier is coming home early for medical reasons. For the last 2 months I have watched him fight and work and struggle through debilitating stomach pain. He has borne his trial with patience and humility, doing his best never to complain or let the pain impact his work. He has "endured to the end" and I have watched him struggle and wrestle and pray and fast about the decision to return home early. He hasn't looked for an easy way out of a hard thing, he's looked for the Lord's will and has prayed for the strength to accept it. He has worked his hardest, and is returning home with no wasted effort, having had neither of the afore mentioned titles defile his name. If you're doubtful... take my word for it. It's for serious medical problems, and that's it.

He has served honorably. The Lord just has different plans for him right now. 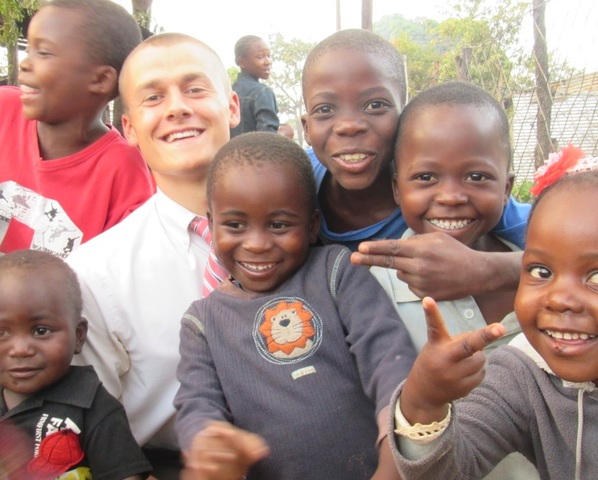 Elder Cazier during his mission in Zimbabwe

I'm grateful for the chance I've had to get to know this awesome elder. He's changed my mission more than he knows. I wish him the best.

Lead image of Elder Condie and Elder Cazier at a baptism.