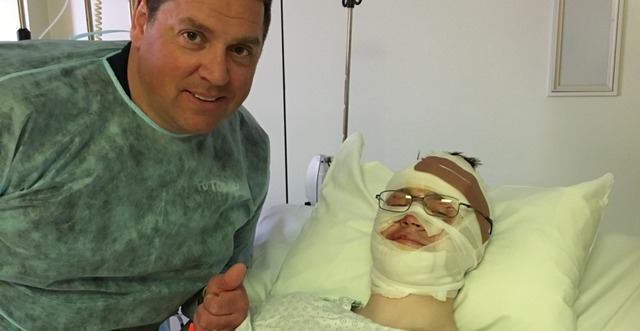 Mason Wells was about 10 meters from the first explosion at the airport, where he was injured from the flame and the shrapnel. When his companion, Elder Joe Empey, found him, Mason was standing in a pool of blood and Joe told him to lie down. A passerby put a suitcase under Mason’s bloody ankle. Both missionaries were on the ground when Joe offered to give Mason a blessing. Mason pulled out his vial of consecrated oil but his shaky hands dropped it. Mason pulled out a second vial of consecrated oil and Joe gave Mason a priesthood blessing that he would return home whole. Mason offered to give Joe a blessing, but Joe said Mason was too hurt to expend energy doing that. Emergency personnel were putting lanyards on the wounded to indicate the severity of their injuries. Mason was more badly hurt than Joe, so they had different colored lanyards around their necks. The companions were soon separated and taken to different hospitals. They haven’t spoken since.

“I’ll see him back at the University of Utah Hospital, and we’ll talk then,” Mason said.

Mason tells of a 24-year-old Moroccan woman who was beside him during the priesthood blessing. She also came to Mason three times throughout the ordeal, even as he was moved to multiple locations. She held his hand and was a distraction for him.