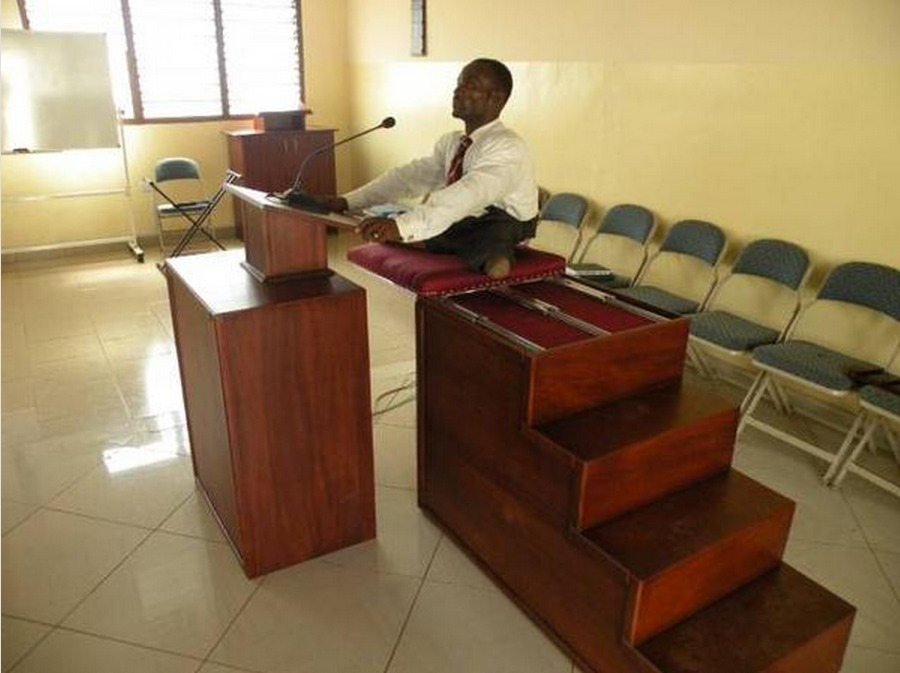 Elder Gary Parke and his wife, Helen, sat before an LDS congregation in Tema, Ghana, waiting to speak about temple preparation, when several men entered the building wearing suit coats. The uncommon attire for the tropical climate suggested this was no ordinary sacrament service.

One of the men, the stake president, walked to the pulpit and announced the names of three new branch presidency members.

“Two brethren stood up, and I thought, 'OK, so maybe the counselor didn’t make it today,' " Elder Parke said. “From where we were sitting, we could not see President Azumah. ... The next thing I saw was him coming around the corner, around the podium."

Ike Joseph Azumah, the new branch president, approached the stand on his hands, using one knee for balance and flip-flops to protect his palms. President Azumah took his place on the stand, and using a wireless microphone, bore his testimony.