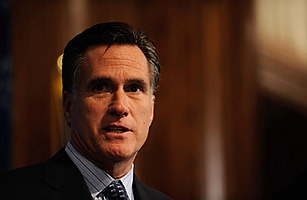 Mitt Romney and being Mormon

Time Magazine has a new feature-length story out about de facto presidential candidate Mitt Romney and how he hopes to run a different campaign for 2012 than he did in 2008.

"Throughout the 2008 cycle, Romney often appeared to approach the business of politics too much like a business — outmaneuvering opponents with positioning and polish when it was human factors like empathy and approachability that made up voters' minds. … He was dogged in delivering the political prose but struggled with the poetry. When people left his events, some campaign veterans will now admit, too often he had not closed the deal."